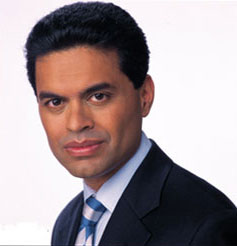 Fareed Zakaria takes to the pages of the Washington Post to lament the passing of liberal democracy - and liberty - in his adopted homeland, the United States.

Two decades ago, I wrote an essay in Foreign Affairs that described an unusual and worrying trend: the rise of illiberal democracy. Around the world, dictators were being deposed and elections were proliferating. But in many of the places where ballots were being counted, the rule of law, respect for minorities, freedom of the press and other such traditions were being ignored or abused. Today, I worry that we might be watching the rise of illiberal democracy in the United States — something that should concern anyone, Republican or Democrat, Donald Trump supporter or critic.

What we think of as democracy in the modern world is really the fusing of two different traditions. One is, of course, public participation in selecting leaders. But there is a much older tradition in Western politics that, since the Magna Carta in 1215, has centered on the rights of individuals — against arbitrary arrest, religious conversion, censorship of thought. These individual freedoms (of speech, belief, property ownership and dissent) were eventually protected, not just from the abuse of a tyrant but also from democratic majorities. The Bill of Rights, after all, is a list of things that majorities cannot do.

In the West, these two traditions — liberty and law on the one hand, and popular participation on the other — became intertwined, creating what we call liberal democracy. It was noticeable when I wrote the essay, and even clearer now, that in a number of countries — including Hungary, Russia, Turkey, Iraq and the Philippines — the two strands have come apart. Democracy persists (in many cases), but liberty is under siege. In these countries, the rich and varied inner stuffing of liberal democracy is vanishing, leaving just the outer, democratic shell.

What stunned me as this process unfolded was that laws and rules did little to stop this descent. Many countries had adopted fine constitutions, put in place elaborate checks and balances, and followed best practices from the advanced world. But in the end, liberal democracy was eroded anyway. It turns out that what sustains democracy is not simply legal safeguards and rules, but norms and practices — democratic behavior. This culture of liberal democracy is waning in the United States today.

...we are now getting to see what American democracy looks like without any real buffers in the way of sheer populism and demagoguery. The parties have collapsed, Congress has caved, professional groups are largely toothless, the media have been rendered irrelevant. When I wrote a book about “illiberal democracy” in 2003, I noted that in polls, Americans showed greatest respect for the three most undemocratic institutions in the country: the Supreme Court, the Federal Reserve and the armed forces. Today, the first two have lost much of their luster, and only the latter remains broadly admired.

What we are left with today is an open, meritocratic, competitive society in which everyone is an entrepreneur, from a congressman to an accountant, always hustling for personal advantage. But who and what remain to nourish and preserve the common good, civic life and liberal democracy?
Posted by The Mound of Sound at 8:44 AM