Look, Justin, It's Called "Civil Disobedience" For a Reason 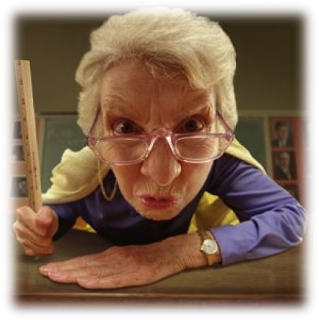 Miss Justin says we children can protest the Kinder Morgan pipeline as much as we like so long as we stay in that little area - way over there and don't make too much noise.

That means non-violent, sure. Non-violent on our side but, as these things usually turn out, there'll be violence enough from your side.

And don't be giving us your schoolroom lecture you pompous prick. You don't have the moral high ground here. You may be waving the stick but you're holding it by the shit end.

And, please, don't give us that lofty "rule of law" bullshit. We saw how you responded when the Supreme Court of Canada laid down the law in the Carter decision and you decided that you were above the law of the land.

We know you're full of crap because you change the rules as you go along. We remember when you said there'd be no pipelines without "social licence" adding that could only come from the affected communities. Those communities - First Nations and municipalities - have spoken and they're not giving you that essential social licence. They've said "no" and they've said it loud and clear. So now you change the rules. No, I don't think so.
Posted by The Mound of Sound at 12:08 AM

The gap between democracy's ideal and its reality must, and will, always be filled by the disobedience and non-compliance of active citizens who refuse on principle to accept the structural inequalities that allow people with power to act against the interest of the people and our future. And it amazes me that there are some people out there who claim to represent progressive and democratic ideals that become so enamoured by a party and/or its leader that they think that suddenly its ok to shut down dissent and protest in the name of a smile, a haircut, and a few disingenuous promises.

Pursuant to Kirby's comment, the 'progressives' he describes as complicit in the government agenda are of the same ilk of as those who Chris Hedges expresses such contempt for, most notably in his book Death of The Liberal Class.

"Miss Justin...?!!" What's next, maybe girly man? WTF, Mound, you're better than that and this ain't The Rebel.

"Trudeau, who also supports Keystone XL, said he also saw “extraordinary opportunities” for Canada if the United States takes a step back from tackling climate change,..."

I think that the only things that the party establishment ever saw in Justin was that he was a completely blank slate and that he might have a better chance of winning than the other leadership candidates. What else would concern them?

Some of the supporters that he drew can be excused for submitting to an overwhelming desire to be rid of Harper while others were quite deluded or just couldn't stand the sight and sound of Angry Tom. Many among the remaining deluded will continue to give him the golden-boy treatment as long as he can keep the balls in the air and summon the smile to his face when required.

The Guardian interview suggests that Justin must believe that the public is either as uninformed as he is or simply beyond insult. It rivals Harper's several Davos appearances in its utter glibness as one of the most remarkable collections of pocket fluff that a Canadian politician in office has scattered from the pulpit in my adult lifetime.

Kirby and Lorne - perhaps the most abused adjective these days is "progressive." There are many people who think anything marginally left of Conservative qualifies as progressive. That includes many Liberals who have sat by dumb, deaf and mute as the last vestiges of liberalism were purged from their party in its shift to the right.

Progressivism actually means something as I try to point out every time I refer readers to Roosevelt's "Square Deal" speech of 1910. There are principles, democratic principles, to progressivism and there's no trace of those principles in today's Liberals. You'll only find them in the vaguest terms in the NDP. These are principles that, oddly enough, can apply across the political spectrum. Some of them were touched on by noneother than Edmund Burke. The principles of progressivism are, at heart, antithetical to neoliberalism in all its forms whether New Democrat, Liberal or Conservative.

Chris - no wish to offend. I called him Miss Justin in reference to his school marm approach to the Canadian people. I should have called him a "pompous prick." Oh wait...

Hugh - thanks for the link. Typical bafflegab from Trudeau. He'd happily ship every barrel of high-carbon bitumen he could if he had his way. There's this mental disconnect. Trudeau considers the environmental consequences of bitumen exports to be none of Canada's concern once they leave the country. It's the same attitude we used to exhibit when it came to pumping exports of asbestos to the remaining countries that hadn't outlawed it. Sure it killed people but that was on the folks who bought it from us to resell it, not us. When it comes to hard drugs, however, another lethal product, we come down hardest on the traffickers, not the street dealers or the customers.

John, The Guardian interview you mention is genuinely cringeworthy. And, yes, I agree - Trudeau believes the Canadian public is beyond insult. So far the polls suggest he's right.

The movement is happening in any case. All around the world.

.. the great explain .. is always 'grow the economy'

What? So young Canadians can expect a lifetime career of job churn ..
So Canadian 'industry' can design its profit model around Temporary Foreign Workers
after offering minimum wages to Canadians?

I'm waiting for a concise explanation from JT - to Canadians - unscripted
explaining in less than two minutes how fracking and tar sands bitumin
and all the infrastructure involved, and 'our' natural resources being used
impacts Environment, Species, Ecosystems, Pollution etc
Who it is being sold to & where any money goes..

And skip the 'world class' spill response gambit JT
If he's never heard of Kalamazoo.. he should bone up on reality
Spare us the veiled threats too.. JT - and the ones from your flunky ministers

Sal, we almost always seem to be reading from the same page. And a Merry Christmas to you for that.

You're right. "Kalamazoo" isn't in Justin's lexicon. It should be, especially now that he's preaching "don't worry, be happy."

Pompous prick works for me, I just thought "Miss" was a little much.

Sometimes I think, "Jesus, Justin, you're an asshole!" Then I remember what my voting choices were...

Chris, I know what you mean. Getting rid of Harper seemed to be reason enough to vote Liberal and, in fairness, Trudeau's election rhetoric, short-lived as it may have been, was enticing.

I couldn't vote for him. What impressed me most was listening to the cadre of Liberal leadership hopefuls during the last contest. With the exception of Joyce Murray they all struck me as being devoutly neoliberal. My instincts were borne out during the first year of the Trudeau government.