Elizabeth May Wins, I Guess. 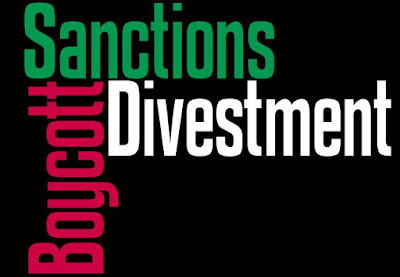 I guess we'll just have to wait and see if the amended Green Party position on Israel and the Palestinians meets with Elizabeth May's scorn or approval.

The resolution, passed on the weekend, severs the formal ties between the GPC and the Boycott, Divest and Sanction (BDS) movement but reiterates some of the core policies.

It asks Canada to take “strong diplomatic action,” including but not limited to a importation ban on products “produced wholly or partly within or by illegal Israeli settlements, or by Israeli businesses directly benefiting from the illegal occupation,” among other forms of sanction.

The Centre for Israel and Jewish Affairs (CIJA) condemned the compromise text “as rife with historical distortions and places the Green Party at odds with the Canadian consensus that BDS is discriminatory and counter-productive to peace,” said CEO Shimon Fogel in a statement.

“The Green Party has been coopted by extreme activists who – in their obsessive campaign of prejudice against Israelis – threaten the party’s own credibility and relevance in Canadian politics,” said Fogel.

Alison at Creekside has been posting UN General Assembly voting records on resolutions pertaining to Palestine and the Palestinians. Just as in the Harper days, Trudeau's Canada continues to join with Israel, the United States and Israel's bought and paid for supporters, the Marshall Islands, Nauru, Palau against 150 states including Britain and the entire EU. Wipe out the bought votes and that's Israel, the U.S. and Canada versus the world.

The CIJA is over-stepping when it accuses the Green Party (or any other group) of being co-opted by extreme activists. Pot calling the kettle . . .

Canada really needs to step aside from the Bibi is my best buddy approach of Harper and crew. Israel does get up to some pretty crappy behaviour and Canada should not condone it. The new Green Party resolution looks like a good start.

sad fact that Lizzie May knows....

The effect of critical-comment-on-Israel in Canadian politics on the speaker here is inversely proportional to the effect it has on the situation in the middle east.