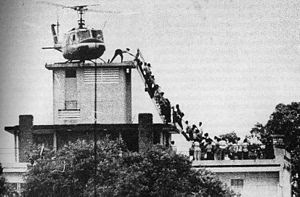 With Donald Trump, ambition is often betrayed by execution.  Trump wants America out of Afghanistan. For all the good they've done these past 18 years and the dismal prospects of any meaningful success if American forces stayed there another 5 or 10 or, groan, another 18 years, leaving only makes sense.

Some of us are old enough to have seen this before. America blunders into a war that turns into a quagmire of its own making. Years pass. America wants out. The last time this happened it was to the refrain of "Peace with Honour." As it turned out, even Henry Kissinger could secure neither peace nor honour. North Vietnam continued fighting, defeated the army and government of South Vietnam, and, as Russian-built T-54 tanks stormed the presidential palace in Saigon, reporters captured photos of the last helicopters taking off from the embassy helipad, ferrying desperate US and Vietnamese personnel to safety aboard the navy vessels waiting offshore. 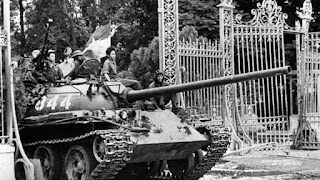 When Kissinger negotiated with the Vietnamese, the government of South Vietnam was largely absent front the talks. The Americans got their deal (or so they thought but perhaps even they knew better) and then presented it as a fait accompli to their South Vietnamese allies.  The way cleared by the withdrawal of American forces, the North simply steamrollered the South and that was that.

Flash forward to today. The Americans are back at it, this time in Afghanistan. Once again they're eager to end a war they never had the will to win. Again they're negotiating withdrawal with their adversary, this time the Taliban, while their ally, the government of Afghanistan, is sidelined.

Team Trump isn't negotiating a peace pact with the Taliban. He hasn't got the leverage for that. What the Americans are after is what they achieved in Viet Nam, a cease-fire that allowed them to clear out their troops unmolested. Don't be dismissive about that. In the 19th century the Brits waged two failed wars in Afghanistan and when they tried to get out they were slaughtered.

Viet Nam left deep scars on the American psyche. It bruised American pride and the public's sense of invincibility. (Americans do have an incomplete and remarkably flexible grasp of their own history) It wasn't until George H.W. Bush's triumph in Operation Desert Storm that American confidence in their military prowess was restored.

Afghanistan won't be a repeat of the Vietnam debacle. Vietnam claimed some 50,000 American military lives (and almost as many again by their own hand afterward). Afghanistan, by comparison, a paltry 2,000 US military personnel. And there's even less chance of a lasting peace than there was in Viet Nam.

The Americans failed to defeat the Taliban and the Kabul government, without American muscle, will have even less chance.  The Americans failed because they were never in it to win. Long before he became a household name, an American general named David Petraeus convened a gaggle of experts, military and civilian, who were the best minds on asymmetrical warfare -  insurgency. They gleaned the wisdom of military experience battling guerillas going back to the days of Caesar and they produced an excellent digest, field manual FM3-24, to guide commanders both in the Pentagon and on the ground in Afghanistan.

FM3-24 is an incredible work. I own a copy. There's only one thing wrong with it. Having been given a pretty good road map on how to win - or lose - such a war, the Americans, including David Petraeus ignored the history of the past two thousand years. Threw it in the bin. (When Canada took the combat role in Kandahar we ignored it too)

One thing Petraeus pointed out is that, to win, the insurgents don't have to defeat the invincible army. All they need to do is outlast you. If, when you get tired or bored and pull up stakes, they still occupy the field, they win. Hence the old line about how we've got all the watches but they've got all the time.

But America's real failure isn't in the provinces or the ungovernable hill country of the Afghan/Pakistan border. It's Kabul. It's the government America established after driving out the Taliban government.

Early on in the war a Senate foreign relations committee staffer testified on Capital Hill about Afghanistan. He told the senators that there's never been a stable, successful country in that region that didn't first overcome too scourges - tribalism and warlordism.  The US sort of tried to keep the warlords out of the post-Taliban civil government. Didn't work. Ditto for tribalism although, in fairness, that's a tall order in a country that's made up of so many ethnic groups and territories including Pashtun, Tajik, Uzbek, Hazara, Baloch, Turkmen and more. 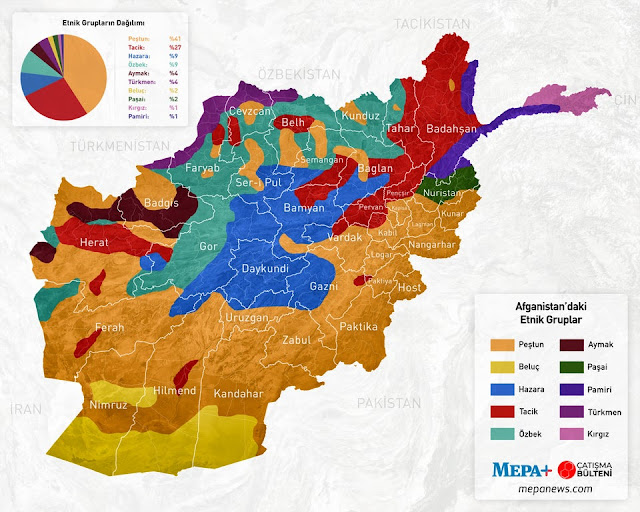 The Talibs, of course, were the Pashtun home team and probably will be again.  You could say that, when the US capitulated to the warlords it wrote off any prospects of stable governance for Afghanistan and, with that, America and its allies were just treading water, marking time, babysitting an unresolved civil war on hiatus.

Today the Taliban stand resurgent. They control most of the countryside. Ousting the current national government in Kabul should be a matter of pressing on an open door. After that, who knows?

If you want to read more about the West's miserable failure in Afghanistan, Foreign Policy has a pretty thorough piece, "Why America Failed in Afghanistan."

Canada has never had a post mortem on our own failed mission to Kandahar. We've never looked at how Paul Martin was seduced into approving this adventure, the role Rick "The Big Cod" Hillier played in launching this foolishness, the sub-par performance of Canada's generals and the price paid for their failures by the only first-raters, the men and women we sent to Afghanistan to fight the unwinnable war. We need to learn the lessons of where this all went wrong.

The war in Afghanistan was doomed from the start. Like the war in Iraq, it was sold to the public on a pack of lies and served no purpose other than enriching mercenaries, defence contractors and drug lords.

So Canada joined the US and, in violation of international law, invaded Afghanistan to hunt down bin Laden. Bin Laden escaped, and the US turned its attentions to the Taliban. We were told the Taliban were bad people, which is undoubtedly true, but doesn't provide a pretext for war. So the US twisted some arms at the UNSC and got the UN to authorize taking out the Taliban. With less than fond memories of the Soviet debacle in Afghanistan, this must have pleased Putin immensely. Now the stage was set for our very own Afghanistan debacle, which critics pointed out at the time.

Close to two decades later, the US is still wasting billions in Afghanistan because no US president wants the label of "war loser." I doubt that Trump, with his fear of being seen as a loser in anything, will be the man to finally cut and run. Especially not with an election looming in November.

Cap, many years ago, while running searches on the internet in the late 90s, I stumbled across this outfit calling itself the Project For the New American Century, PNAC.

As I read the group's manifesto I thought this was a group of bellicose nutjobs who might have given Goldwater pause.

When George Bush Jr. was looking for a veep, he asked Cheney for suggestions. Cheney suggested himself. Bush agreed. Cheney then brought most of the PNAC luminaries into what became the Bush administration.

The PNAC group recognized they would need a Pearl Harbour-grade incident to bring their policies to fruition. Then came 9/11. Problem solved.

PNAC had been established to try to pressure the Clinton White House and Congress into toppling Saddam Hussein. They, somewhat inelegantly, argued that America needed to take some miserable Middle East country and "throw it against a wall" in order to make the rest of the region compliant to Washington's will.

I believe it was Cheney and Rumsfeld who steered Bush Jr. from focusing on Afghanistan to conquering Iraq. Chalabi.

The PNAC gang thought they could oust Saddam and install their own government headed by their handpicked stooge, Ahmed Chalabi, and be out again all within six months.

When Iraq turned into a quagmire, all hope of sorting out Afghanistan ended.

As the Middle East was transformed into an American shit show, PNAC folded its tent, took down its web site, and stole away into the night. Its bellicose manifesto, however, became the core of the Bush Doctrine.

No one faced charges after these crimes against humanity.


No one faces charges but Tony Blair has a bad bout of nerves as he constantly reminds every one and any one that unlawfully invading Iraq was "the right thing to do."

Yep, and the first draft of PNAC's Middle East vision was entitled "A clean break: a new strategy for securing the realm." It was a political blueprint for the incoming government of Binyamin Netanyahu prepared in 1996 by many of the same blaggards who would later be involved in PNAC, including Richard Perle, Douglas Feith, David Wurmser and Meyrav Wurmser.

None of these warmongers have paid any price for being so wrong and bringing such misery to Iraqis and the Middle East as a whole. They bounce around positions of power in government, academia, think tanks and media. Some, like "Bloody Bill" Kristol even ply their trade as "Never Trumpers," quoted with approval by liberals. It really is quite an appalling scam.

Tony Blair got religion big time after Iraq; he became Catholic possibly to repent his sins.

Blairs actions are no less criminal than Henry Kissinger's!

Going back a bit.
I would like to find a link to the TV news article that had Cheney Rumsfeld and friends exiting a meeting where they admitted to discussing the partition of Iraq oil reserves.
In other words , they admitted their evil ambitions on network TV and No one gave a shit!!

It just occurred to me that the map of Afghanistan has much in common with the Canadian map of First Nations?
Food for thought , yes ?
TB

I don't remember that Cheney/Rumsfeld clip, TB, but that was certainly on their mind. They definitely intended that US oil companies be given priority over all others in contracts to operate those oil fields.

If I recall correctly, the Americans wound up shut out.