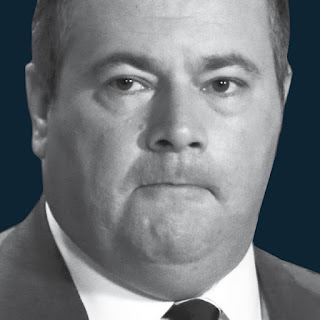 Jason Kenney is trying to pressure Justin Trudeau to greenlight the Teck bitumen mine by threatening dire consequences if he doesn't.


In a letter to Trudeau, hand-delivered to Deputy Prime Minister Chrystia Freeland last week, Kenney said he expects to see the project approved because its emissions would fall well below the 100 megatonnes cap Alberta has promised to impose on its oilsands sector as part of the pan-Canadian climate framework.

"There is, quite simply, no reason specific to this project that would justify denying federal cabinet approval for the Frontier project," Kenney said in a letter to Trudeau obtained by CBC News.

"Here in Alberta," Kenney wrote, a cabinet rejection "of our most important industry and could raise roiling Western alienation to a boiling point — something I know your government has been attentive to since the election."

The premier said he's frustrated by the fact that some Liberal MPs have suggested the provincial cap isn't the benchmark for approving natural resources projects any longer — that the federal government must decide instead whether the project is compatible with the government's goal of achieving net-zero emissions by 2050.

Wexit, my arse. If they want to learn the meaning of "landlocked" that's the way to find out.
Posted by The Mound of Sound at 3:11 PM

The word out that I read is that Teck won't be approved, and to assuage the liddle-biddy feelings of the jumpers uppers and downers in the feudal kingdom of Albertonia, Trudeau might offer some money to help remediate the existing dead oil wells. You could see this thing coming from the orbit beyond Pluto. Libs buy off kenney with my money, and yours -- in toto the "bottomless" pit of citizen tax collections is harnessed for the benefit of the richest per capita province. If that ain't neoliberalism, tell me what is.

Let me see. Already down the drain: $4.7B for an ancient pipeline, $12.4B and counting to build new TMX twinner pipeline, and god knows what to remediate old oil and gas wells - perhaps $260 billion for a nice round number. All on my chequing account.

On balance, bugger it, let Alberta Wexit and pay their own bills! They caused the problem themselves by not responsibly running the industry and spending royalties in a drunken frenzy, including awarding themselves no PST. Because they're worth it, they're so special. And I'm supposed to give these people free money? Why?

I didn't sign up to financially assist a chubby little rat-toad of a social regressive and pious bible thumper premier, so he could moan, whine and complain ad infinitum about Canada. You don't like it, Jason? Then leave. Get out if you're not prepared to help build the country of Canada. We'll manage somehow.

If it were only so sweet.

.. I need to refresh my understanding re 'Alberta Emissions' ..

- What 'emissions' are being monitered or sampled.. ie 'measured'
ie what is the actual measuring protocol, system etc
- Who is doing the 'measuring' or the Data or the 'analysis' & delivering it to whom ?
-.Who is funding the measuring - up to where it is compared to Federal Cap ?
Or when Data is handed over - is analysis complete at that stage, if not when ?

FYI - there seems a common belief that Alberta 'world leading Environmental Standards'
may in fact be under reported by 30% .. and reflect 'self regulation'
not to mention a truly cozy bromance with the political party in power

.. we have laws, rules, limits re driving cars.. re speeding
However, we are 'self regulating' so to speak ..
a Smokey in the grass might pull us over, radar ! Gotcha ! Data ! Proof !
a Conviction and fine.. but many of us speed constantly
(that's cuz we know we are uniquely 'special' & the law aint for me !)


I, too, can't imagine Trudeau greenlighting the Teck mine but I'm not confident he'll say no either. How about just putting it off - for now? Find some excuse to delay it.

"Find some excuse to delay it."
How about 'Ain't commercially viable'?


FYI - there seems a common belief that Alberta 'world leading Environmental Standards'
may in fact be under reported by 30% .. and reflect 'self regulation'
not to mention a truly cozy bromance with the political party in power

I am sure this has been reported before.