A Basket of Broken Eggs 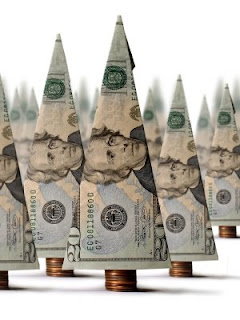 For better than 20-years the financial sector - stocks, bonds, insurance, banking - has been the real economic engine of the United States.

The America of my youth was a manufacturing powerhouse. The rest of the industrialized world had largely been bombed out in WWII but America (Canada too) had come through that with its industrial base intact, even thoroughly modernized as a result of the conflict.

I don't have the study at hand but, if memory serves, the US came out of WWII with something in the order of 70% plus of the world's entire manufacturing capacity. Detroit ruled unchallenged in the global automotive market. Airplanes? They were made all over the United States in plants from Wichita to Seattle, plants that had just a couple of years earlier been churning out warplanes en masse.

The whole thing made us really, really prosperous. Single income families with stay at home moms were relatively common. It was the birthing of Suburbia. The car companies changed the style of their cars every year because there were always buyers lined up to get the latest and greatest. No gasoline shortage, no shortages of any kind for that matter. Clean air, clean water (although we were unwittingly busy putting an end to that). No hole in the ozone layer. All this bounty and just a third of the population the earth wallows under today.

But all things must pass. It took a couple of decades but the rest of the industrialized world bounced back and global competition took on a whole new dimension. For a while we had a buffer in an enormous military-industrial sector but, in the long run, that really wasn't enough.

Like other societies before us we finally began looking for new opportunities. Manufacturing was virtually disparaged. Our future would rest not in making things but in providing services, in the financialization of our economies. Globalize production, outsource it. We would make our wealth in the trade in those outsourced products and commodities, we would move paper and manipulate data.

Remember the Dot.Com bubble? Can you recall how the believers preached the "new economy" which was to bring us all great blessings in the future? Anyone who clung to fundamentals was a dinosaur, lacking the grand vision to prosperity. Vision, yes indeed. The sort of vision that allowed one to see the Emperor's clothes were none existed.

When you produce cars it's very hard to delude yourself about what and how well you're doing. You have a huge lot where you can see what you've made and you can monitor the trucks and trains carrying your vehicles to waiting buyers. If the lot is full but the trucks and trains aren't moving, it's not hard to see you're in trouble. You can't delude yourself on that score (although Detroit has tried awfully hard to prove me wrong).

When it comes to paper and data, however, you're the kid in the toystore of delusion. Anything becomes plausible even if not remotely possible. Wealth and prosperity become mere states of mind. You're happy, you're rich.

Let's return to the Dot.Com bubble. Here, apparent wealth came to be as valid as actual wealth. Millionaires, even billionaires were created out of thin air. When that bubble burst there was wailing and moaning about massive wealth that had been suddenly wiped out. But, in the main, it was wealth that never existed except in people's minds, wealth that was nothing more than an entry in a ledger.

Wealth that never existed and yet people would sell you things on the strength of it. Banks would lend you money on it. Little people invested their life savings in it. Bill Clinton actually balanced his government's budget on tax revenues flowing out of this grand illusion.

You woulda thunk we'd have learned our lesson from the Dot.Com bubble but no, not really. It was barely over when our American cousins seized onto the bizarre notion that their houses were acutally machines that would generate bags of cash forever and ever amen.

Housing prices skyrocketed. There was going to be no end to it. Just a year or two back, two out of three new mortgages written in California were "interest only." There was no intention of paying down that debt, only to service it for a year or two while that house skyrocketed in value at the end of which you would sell it and grab your windfall.

There was no end to the games that were being played. Mortgages became commodities. Brokers lured borrowers into taking their mortgages with low, introductory rates. A year or two later that mortgage interest zoomed up. It was on the expecation of the return from that deferred, higher rate that these mortgages were bundled and flogged to major lenders. Meanwhile the home buyer had no intention of hanging around to pay that adjusted rate. The house, after all, would just keep soaring in value. Toward the end of the cheap interest period the homeowner would "re-fi" - get a new mortgage, again with a cheap introductory teaser rate, and so the game would go on and on and on.

Before long the mortgage brokers ran out of qualified borrowers, people who could actually make mortgage payments. That left them facing a dire shortage of paper to flog as derivatives - the place they now made their money. So they went to option B - the unqualified buyers, the subprime.

This scam - and it really was a scam at all levels - bought America a decade of prosperity. It was tailor-made for a financialized economy but, as we're seeing today, it also played into the often unrecognized weaknesses and vulnerabilities of that financialized economy.

What did Warren Buffet understand that Alan Greenspan couldn't grasp? Let's just call that "reality" for the purpose of this discussion. You see, it's bad enough having a financialized economy but it's downright lethal when that financialized economy isn't tightly bound to reality. You gotta tie it down. You have to sit on it. There's no letting up. It will constantly try to slip away into La La Land and, when it gets there, it causes boundless havoc.

America has become unbalanced, perhaps terminally so. In Canada we've been a bit more prudent. We've funded our social insurance plan. We've wrestled our government out of the red (we Liberals did that). We're not terribly reckless with debt. We have regular balance of trade surpluses and, best of all, we have a strong, resource-sector. Maybe we just never grew prosperous enough to do the same things our American cousins have done or maybe we are more comfortable with reality.

Can America get back to basics, restore its neglected economic sectors and reclaim its promise? It's possible but it would require a radical rethinking of just what America is and what it needs to become. I just don't see many encouraging signs that Americans are willing to give up their delusional thinking and, if they don't, their country's economic Mardi Gras isn't over.

But if Americans aren't yet ready to put their house in order, there's no excuse for us falling into their troubles. This is no time to be toying with continental integration. We need to keep our distance for the time being, wait to see if the fever passes.

Canada needs a healthy, vibrant America. We need an America grounded in reality. There are no guarantees that will come to pass anytime soon. In the meantime, let's keep our eggs dispersed in our own baskets.
Posted by The Mound of Sound at 10:01 AM

Email ThisBlogThis!Share to TwitterShare to FacebookShare to Pinterest
Labels: continentalism

Great analysis and words of wisdom. I believe governments in Canada and US should pay attention to it. But our "furious leader" and Bush may not understand it.