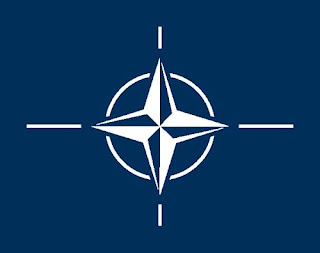 One of Britain's top think tanks wants a halt to NATO expansion.
The International Institute of Strategic Studies warns it would be a "strategic error" to admit Georgia and the Ukraine into the Alliance. From The Indepdendent:
"The policy of Nato enlargement now, we believe, would be a strategic error," the head of the IISS , John Chipman, told journalists yesterday. Speaking at the launch of the organisation's annual review of world affairs, he criticised the 26-nation military alliance for viewing enlargement as an "institutional priority" - "as if riding a bicycle eastwards is necessary to keep the bicycle upwards."
The IISS noted that the West was divided on Nato integration and argued that "Europeans have a strong case to argue that it is in Nato's strategic interest to pause its enlargement policy." It accused the "irresponsible" Georgian government of having "weakened its case" for membership by ordering the 7 August assault on the South Ossetia capital which led to the "vindictive" Russian military retaliation. "It openly defied its main strategic patron, the US, by seeking to recover its lost territories" before calling on the West "to sort out the mess it created."
Posted by The Mound of Sound at 10:01 AM