An Issue We Can Still Fight an Election On 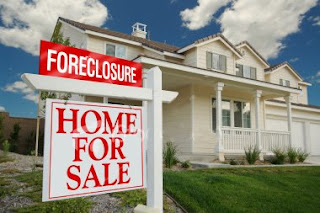 Steve Harper, echoing his American Idol, Mr. Bush and the Geezer McCain, says we have nothing to worry about, that the fundamentals of the Canadian economy are sound.

Does that sound familiar?

Then, yesterday, Merrill Lynch Canada released a report saying that we Canadians shouldn't get smug about what's happening in the U.S. and that we'll be next to face our own debt and housing price crisis. I found that pretty hard to believe but the more I thought about it the more I had to wonder what if they're right?

It may or may not be anecdotal but I recalled a recent study that showed that the average, first time home buyers in Vancouver were now paying something in the range of 75-78% of their combined, after-tax income on housing. A Vancouver starter home takes somewhere between three quarters and four fifths of a two income family's take home.

Back in my day it was considered not just prudent but essential to keep one's housing costs below 30% of net income. That got me wondering how this has changed so radically? How does a family get by while paying out three quarters of their disposable income on housing?

What if Merrill Lynch Canada is right? Don't we need a government that's on top of this now? If this danger is real, what measures, what policies do Canadians need to minimize the risks and impact? Is it really enough for Steve to tell us that the fundamentals are strong?

I don't know but it seems to me that when it takes nearly all of a two job family's net income to buy a house, maybe we are in an unhealthy and dangerous housing bubble. Why do I need to find that out from the Canadian subsidiary of a defunct, American securities giant?

In the greater scheme of things it's no skin off my backside. My house may have soared in price but it hasn't gone up a dime in value. It'll still buy me the house next door and that's about it. That's just fine for those of us lucky to be in a low debt/no debt position but the operative word there is "lucky."

What about the unlucky, the vulnerable? I'm talking about the new families that have just taken the plunge, hoping they can stay afloat long enough to get their debt down to something manageable. It's easy to say "that's their problem" except that it's not just their problem, it affects all of us. It affects the prosperity and stability of our communities among other things. It certainly affects their ability to contribute to our communities, to our societies. We benefit when we keep them healthy.

Have our politicians been asleep at the switch, blinded by our petro wealth to the gathering perils to our people?

Housing bubbles are economic cancer. Read my post on that subject from yesterday. It cavasses the approach some other countries have used to tame the destructive fluctuations in housing stocks, to recognize that housing can't be treated as just another commodity for speculation.

Don't look for any answers from Steve "the fundamentals are sound" Harper. I want to hear from the Liberals on this. If this problem is nearly as bad as claimed by Merrill Lynch, we need to identify it and come up with solutions. The Americans have shown us what happens if you don't deal with these threats promptly.

There's no better time to get this on the radar screen than right now, in the midst of a general election.
Posted by The Mound of Sound at 11:03 AM

And Dion's Green Mortgages are a cure?

Dion is encouraging Canadians to go into debt to retrofit their homes.
Doesn't that run contrary to your post and good advice to NOT over mortgage your house or increase personal debt in these times.?

Sorry Wilson but it's apples and oranges. Those who can't afford it don't retrofit their homes. You're wildly off topic. Address the housing bubble issue if you like. I'm worried about the new homeowners who have signed on to inflated prices and risk falling victim to housing deflation.

To get a mortgage, a family has to pass the 30/40 qualification test.
Only 30% of total income can go towards housing,
and if your mortgage plus credit card and truck payments etc. total more than 40%...you don't qualify for a mortgage.
Plus a minimum of 5% down, and less than 20% down, the buyer has to contribute to an insurance fund where the less you put down, the more you pay for mtg insurance
(so if buyers walk on their mtg, banks can draw from the fund if the equity in the home is less than the re-sale price)

The thing about the 'bubble' is you only lose money if you sell.

If you bought during the price slide (I have 2 kids that did this year) don't think you can turn around in 2 years and sell for a profit, ain't gonna happen.

With interest rates so low, a monthly mortgage payment, with 5-20% down, is still less than the cost to rent an equal property.
Buying now is a good idea for young people, it is the start of their personal wealth.
Just expect to spend 5-10 years in the home.

As long as buyers keep making their payments, doesn't matter if the house value is less than the principle left on the books.
Banks, at renewal time, will renew you, as long as you made your payments, no worries.

Mortgage payments aren't the problem. Credit cards and personal debt is.
Pay down your credit cards.

Banks have no obligation to renew a mortgage at the end of term. If housing values have collapsed, the lender may want to recoup what it can while it can. Don't confuse amortization with the term of a mortgage. The term (usually five years) is the limit of each party's contractual obligation. For example, if mortgage rates went sharply up - from 4% to say 20%, no lender would extend past the term at 4%. They'd either demand a new deal or tell the borrower to find another mortgage lender and pay them out.