The Mighty Coquihalla - Free at Last! 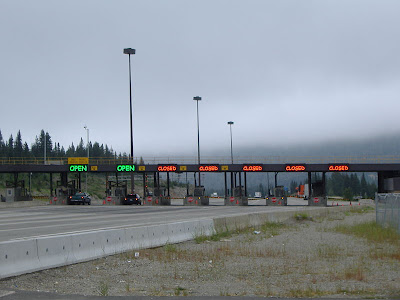 British Columbia's invisible man, Premier Gordon Campbell, surprised everyone by announcing that, effective immediately, the Coquihalla highway is no longer a toll road. Jaws dropped throughout the province at the announcement.

The Coquihalla was built as a super expressway by the long vanished Social Credit government. It provided a high speed link between the lower mainland and Kamloops, allowing traffic to bypass the sometimes treacherous and always challenging Hope-Princeton highway.

It was built as a toll road with the promise that, once the construction costs had been recouped, the tolls would end. That, of course, never happened. Last I checked the toll revenues had paid for the thing twice over and then some.
Posted by The Mound of Sound at 1:04 PM

Email ThisBlogThis!Share to TwitterShare to FacebookShare to Pinterest
Labels: Coquihalla

But I like going through Spencers Bridge. Now I have no more excuse.