The Death of Free Market Capitalism? You Must Be Joking! 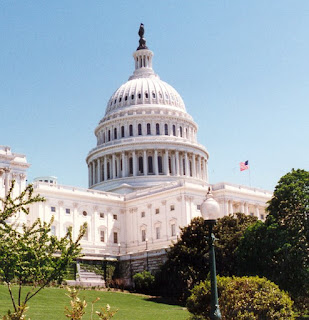 The ongoing housing/mortgage/securities collapse south of the border is an unprecedented example of what can happen when a variety of bad things occur at the same time.

You see, this fiasco was delusional at every level. It was a society, a nation on full bore "TILT." From the homeowner/mortgage borrower to the mortgage lender/reseller to the bundled mortgage buyer/reseller to the investors who bought the securitized mortgage bundles to the economic watchdog regulators and to their political masters, they all bought into the same, rightwing laissez-faire ideology, the very same message of madness.

From the moment, eight years ago, that former Senate Banking committee chairman (and McCain advisor) Phil Gramm pushed through the legislation that permitted unrestricted warfare on America using securitized derivatives in lieu of torpedoes, TODAY has been not merely foreseeable. It's been all but inevitable. It's not that people couldn't see it coming, it's that they chose not to look. When a whole nation does that, it's scary. When it's the most powerful nation on earth that does it, it's pathetic and scary.

Okay, so now we have a trillion dollar "bail out" of Wall Street, the nationalization (pure socialism) of America's top economic sector, the financial sector, and the media are howling on about the end of "free market capitalism." Who says?

You see, if this was going to be the end of free market capitalism there would have to be another economic model put in its place and the appropriate (and enormous) adjustments run through every stratum of society.

There is no new economic system for America on the horizon. All that's happening is the shifting of debt from failed economic giants to the shoulders of wage earning taxpayers. That's it. That's anything but the end of free market capitalism.

Until you hear John McCain say that America can no longer afford Bush's tax cuts for the rich, free market capitalism is very much alive and well in the United States. It may have been sent to its room for a little "time out" but that's about it.
Posted by The Mound of Sound at 9:56 AM

There never was any "free market capitalism" and there never will be. Capitalism was built and maintained by the state, and what is happening - well not yet, the bailout was voted down - is simply old fashioned government-assisted capitalism, qualitatively no different from the Enclosure Acts, the British Navy helping to build the slave trade or free land grants and money to build the railways. Talk of "free markets" by the corporation bosses are merely fairy stories to fool the rubes.

OldTool, you're binned. If I want to turn this blog into a link for NewsMax/FoxNews agitprop, I'll do it myself. You don't have an original thought in your head, never have. All you do is spew out crap that's spoon fed to you by these prop mills. Go away chump. No place for you here.

As for you, Larry Gambone, interesting points. Thanks.