We Don' Need No Steenking Bailout! 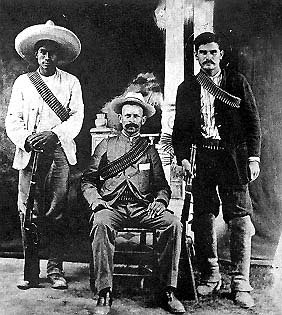 Actually, that's where you're wrong.

Listening to both sides on this crisis, there's one thing conspicuously absent in their discourse - the rest of the world. Both sides on the bailout debate act as though this was an internal matter, no dirty linen to be aired in public. Americans - whether that be the elitists or the mob - will sort this out as they see fit.

They don't seem to understand that they forfeited that privilege a long time ago when they became so woefully dependent on foreign lenders to finance their wars, their tax cuts, their government and, now, their bailout options.

The United States government does not have a spare trillion dollars stuffed away under some mattress. That trillion dollars is sitting in a whole bunch of foreign banks in accounts belonging to a whole lot of foreign lenders. These guys are watching what's going on very, very closely because they'll be the ones to decide whether America gets the funding for this bailout and on what terms.

When you're feeding yourself from the begging bowl, it pays not to make your benefactors nervous. Right now, the United States of America, its government and its financial institutions are making foreign lenders very, very nervous.

If these lenders get too nervous and if they perceive America as too weak, too indecisive, there's two things they might do right off the bat - demand higher interest rates and, worse, lend to America in another currency or a basket of currencies, anything but unstable US dollars.

The currency swap issue has been a Sword of Damocles hanging over America's head for some time. An unnoticed live microphone at a recent OPEC meeting broadcast secret discussions about taking the oil market off the America dollar standard and moving it into Euros instead.

America gets huge benefits from being able to trade and borrow in its own currency. If its currency plummets against other currencies, its foreign debt obligations, all in American currency, have an offsetting decline in value. However if the US has to begin paying in other, stronger currencies, it will face some real economic problems.

So Johnny McCain can play electoral silly bugger if he likes and the American people can howl in rage and frustration but their country faces dire consequences if its leaders don't (as Krugman writes) start acting like adults and get a reasonable bailout plan in place and soon.

They really don't have any choice. I'll bet John McCain knows that too.
Posted by The Mound of Sound at 9:39 AM