Dealing With the Taliban 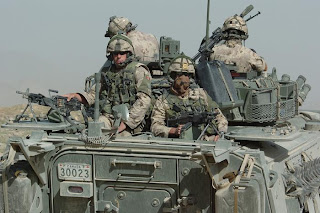 Remember how we were supposed to be saving Afghanistan from the Taliban? Times change, ask Harpo. Two years ago he was wetting his panties, flying to Afghanistan, making rousing speeches to the troops and bagging photo ops galore. Lately he's dummied up. No more jingoism about what we are going to do to the Taliban or what we are going to do for the Afghan people. No more boasting about democracy or women's rights.

We may have begun this half-assed adventure believing we were going to save the Afghans from the Taliban but it seems we're now focused on saving part of Afghanistan for the Taliban.

The Guardian reports that the Saudis, backed by the Brits, are brokering high-level peace talks with the Taliban leadership.

"The unprecedented negotiations involve a senior former member of the hardline Islamist movement travelling between Kabul, the bases of the Taliban senior leadership in Pakistan, Saudi Arabia and European capitals. Britain has provided logistic and diplomatic support for the talks - despite official statements that negotiations can be held only with Taliban who are ready to renounce, or have renounced, violence.

Last week the French Prime Minister, François Fillon, referred indirectly to the talks during a parliamentary debate on Afghanistan. 'We must explore ways of separating the international jihadists from those who are acting more for nationalist or tribal motives. Efforts in this direction are being led by Sunni [Muslim] countries such as Saudi Arabia,' he said.
This summer's fighting season in Afghanistan has been the most violent since the invasion of 2001. The deterioration of the situation has provoked a major review of strategy among the 40-nation international coalition pitted against an increasingly confident and effective insurgency."

At the moment it appears that Karzai is dragging his heels and yet he seems to understand quite well what the future may hold for him if this initiative fails.

We sure have lowered our sights on this one. It's only taken seven years for us to realize we're just going to have to settle for what we can get and, right now, that seems to amount to driving a wedge between the insurgents and their al-Qaeda terrorist brethren.

Don't get any fanciful ideas that peace in Afghanistan is just around the corner. It isn't. Even if a power-sharing deal was worked out with the Taliban it's not likely to hold for long. The Taliban and many Afghan warlords, want the West - NATO and the US - out of their country. At some point they're going to want to settle their differences themselves, their own way. Then there's the country's criminal elements - its drug barons, warlords and corrupt central government with its predatory security services.

Don't let this get you down. We were never in this to win in the first place. Afghanistan may go down in the books as one of the most thoroughly botched military adventures in Western history since WWI. Seriously, all those generals? Idiots. And those cheerleaders, Bush, Scheffer, Harper? Ditto.
If you want to know just how screwed up Afghanistan has become, read the following article from BBC that explains who's arming the Taliban.
http://news.bbc.co.uk/2/hi/south_asia/7623496.stm
Posted by The Mound of Sound at 6:53 AM

MoS, as usual right on. Harpo, Alexander De Grade, has no choice but to end this venture.