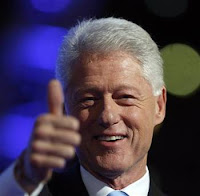 "As the legal limbo surrounding the Washington and Colorado laws continues, a documentary entitled "Breaking the Taboo" premiered on Friday. The film focuses on The Global Commission on Drug Policy's attempt to break the "political taboo" surrounding the U.S. led War on Drugs, as well as showing how it and global policies have failed over the last 40 years.

"Narrated by Morgan Freeman, the film includes interviews of former U.S. Presidents Bill Clinton and Jimmy Carter. During the Clinton administration, the position of Drug Czar was raised to cabinet-level status. Nearly 60 percent of all federal and 25 percent of all state prisoners were imprisoned for nonviolent drug offenses during the Clinton Presidency. In Latin America, the use of military and Drug Enforcement Administration (DEA) forces grew considerably and marijuana arrests soared. Despite Clinton's reputation as being one of the harshest Presidents to date when it comes to the War on Drugs, he now believes that the war is not working. In the film, Clinton is quoted as saying:


“What I tried to do was to focus on every aspect of the problem. I tried to empower the Colombians for example to do more militarily and police-wise because I thought that they had to. Thirty percent of their country was in the hands of the narcotraffickers,”


“Well obviously, if the expected results was that we would eliminate serious drug use in America and eliminate the narcotrafficking networks — it hasn’t worked.”

"Carter offered his support to the legalization of marijuana, reminding the film's audience that he proposed decriminalizing the possession of less than an ounce of marijuana in 1977. He also warned against filling prisons with those who were "no threat to society: He felt the money spent on law enforcement efforts and the housing of prisoners charged with minor marijuana possession crimes would be better spent on more intensive treatment options for those addicted to drugs. He goes on to say:


"These ideas were widely accepted at the time. Penalties against possession of a drug should not be more damaging to an individual than the use of the drug itself.'"


The sad thing is that, even though America's war on drugs has been a total failure, America showed in Viet Nam and more recently in Iraq and Afghanistan that it still likes to fight wars long after they're over.
Posted by The Mound of Sound at 10:52 AM

Email ThisBlogThis!Share to TwitterShare to FacebookShare to Pinterest
Labels: war on drugs

Sadly, the failure of the war on drugs stateside will not stop the Harperites from waging one in Canada - which will fail, of course.

It already has failed, on both sides of the border. Harper's ideological fetish was plain when he did everything in his power to shut down Vancouver's Insite clinic. Because he sees drugs as an ideological issue, failure or even all the damage caused by the failed war on drugs to Harper is irrelevant.