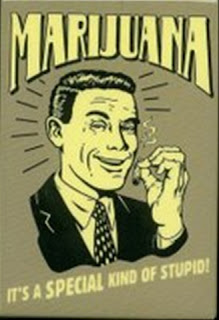 Anxious folks in Washington and Colorado may have gotten an early Christmas gift from their president.

When it comes to simple possession and recreational use of marijuana in their states, Obama says he has "bigger fish to fry."

Obama told Babs Walters, "It would not make sense for us to see a top priority as going after recreational users in states that have determined it's legal."i

There has been some speculation that federal laws against marijuana possession will still be enforced but only on federal land or in federal buildings.   Traffickers and producers will still be in the fed's gunsights.
Posted by The Mound of Sound at 8:28 AM