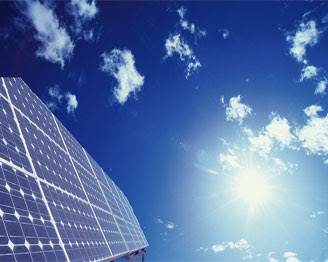 A cautionary tale of industrial growth gone completely wrong seems to be emerging out of China's once-promising solar panel industry.

Nearly all the “big names” of the industry, including companies such as LDK Solar, Yingli Solar (which sports fans will recognize from its sponsorship at recent international soccer events) and Suntech Power Holdings are all facing the possibility of bankruptcy,  consolidation, or both following a remarkable few years in China’s solar industry.
China’s solar module manufacturing capacity (supply) has exploded following the 2008 global financial crisis.  During the ensuing economic difficulties, the Chinese government targeted the solar panel manufacturing industry as part of its stimulus. At first glance, the policy was perfect. Demand for renewable energy sources was increasing due to environmental concerns while generous government subsidies in the EU and U.S. were boosting both household and corporate demand for PV panels. Funds were poured into the solar sector in China, and companies such as Suntech, LDK and Yingli were happy to borrow.  China’s solar module manufacturing capacity grew from less than 5 gigawatts in 2007 to a predicted 50 gigawatts at the end of this year (China’s 2011 capacity came it at just under 40 gigawatts), more than double the rest-of-world (RoW) total.
Unfortunately, demand for solar module installations has totally failed to keep pace with the mainly China-driven increase in supply.  In 2007, total demand was also less than 5 gigawatts, but this has only increased to around 30 gigawatts today. Most of this increase has been in the RoW – China’s demand has picked up, from negligible levels in 2007 to an estimated 5 gigawatts at the end of this year.   Meanwhile, the crisis hit EU subsidies, quite possibly because the supply side benefits were leaking abroad to China through its undercutting of EU producers’ prices.
China’s solar module supply glut, as with many other products suffering from the country’s over-investment driven capacity increases, has thus decimated the global market. For consumers and the environment, this is a good thing, since PV modules are now cheaper than ever, but for other countries’ PV industries, the Chinese drive has been painful to say the least, with bankruptcies already hitting Q-cells and Solon in Germany and Solyndra and Evergreen Solar in the U.S.  Trade tensions in the solar sector have inevitably increased, with both the EU and the U.S. bringing cases against China for dumping and unfair subsidies, which include underpriced financing, back home.
Posted by The Mound of Sound at 11:36 AM

More watts is more power, because watts are a measure of power. Most solar panels produce the right voltage to charge a car battery, but you should really have a charge controller too. See the source for some ideas. solar panels Venice FL