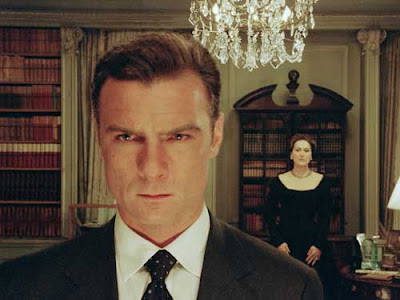 This is the same guy who came to power having nary a good word to say about the People's Republic, who seemingly castigated them at every turn.   The same guy who supposedly wanted a foreign and military policy in lockstep with Washington.  Now it's Steve who's turned.

First word leaks out that Canada is finally going to ditch the Lockheed F-35 joint strike fighter and may, in the process, reveal hard accounting data that other partner buyers may find hard to sell to their own constituents.   Steve always said he wanted Canada to punch above its weight.  Bingo.

Then, for reasons he never quite explained, Steve approves the Chinese government's takeover of a major Tar Sands player, Nexen.  He even sends his backward industry minister to the Sunday morning talk shows only to reveal he can't explain the deal either.

So, what's next?   Does Steve dissolve Parliament and convene a Conservative Politburo in its stead?
Posted by The Mound of Sound at 7:44 PM

This gradual shift to the exact opposite of what he claimed (and was, by some, perceived) to be, is surely the most spectacular political descent narrative in living memory. How do you go from a 'small-government' conservative who ran his primary political rise to power on transparency, and who was excessively vocal against state ownership of energy and China in particular, to the most secretive PM ever who oversees the largest deficit in history who sell a near majority share of a primary energy sector to the Chinese government?? How does a politician do this and still maintain a single supporter?? Remarkable really.

Hi KC. We'll have to wait and see how Steve's numbers settle after the KPMG F-35 report comes out. He may have finally done himself in. The opposition sure hasn't been up to the job of taking Steve down.

" The opposition sure hasn't been up to the job of taking Steve down."

There is an opposition? Certainly not a "loyal" opposition!

What is the answer? Government owned companies in this country?

@ Anon. Others have explored the merits of state ownership of fossil fuel resources. It's actually quite common and seems an effective means for creating sovereign wealth funds like Norway's that, I believe, is now the largest in the world.

In any case that horse is long gone from the corral as far as Canada is concerned.

The irony is the people of Alberta had someone who knew how to handle their natural resource. Unfortunately they chose to ignore him while he lived and now they're in the red and probably in line for some fiscal and environmental surprises.