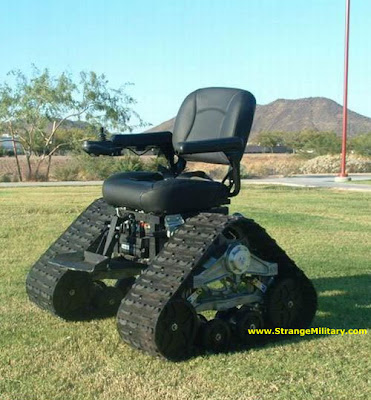 This time Germany is lobbing geriatrics into foreign lands.

Growing numbers of elderly and sick Germans are being sent overseas for long-term care in retirement and rehabilitation centres because of rising costs and falling standards in Germany.

The move, which has seen thousands of retired Germans rehoused in homes in eastern Europe and Asia, has been severely criticised by social welfare organisations who have called it "inhumane deportation".

But with increasing numbers of Germans unable to afford the growing costs of retirement homes, and an ageing and shrinking population, the number expected to be sent abroad in the next few years is only likely to rise. Experts describe it as a "time bomb".

Germany's chronic care crisis – the care industry suffers from lack of workers and soaring costs – has for years been mitigated by eastern Europeans migrating to Germany in growing numbers to care for the country's elderly.

...Germany has one of the fastest-ageing populations in the world, and the movement here has implications for other western countries, including Britain, particularly amid fears that austerity measures and rising care costs are potentially undermining standards of residential care.

The Sozialverband Deutschland (VdK), a German socio-political advisory group, said the fact that growing numbers of Germans were unable to afford the costs of a retirement home in their own country sent a huge "alarm signal". It has called for political intervention.

"We simply cannot let those people who built Germany up to be what it is, who put their backbones into it all their lives, be deported," said VdK's president, Ulrike Mascher. "It is inhumane."

Destinations range from the nearby Czech Republic to Hungary, Greece, Spain and as far afield as Thailand and the Philippines.

Update - There is something creepy about this business.   Sadly, but yes, it does have to do with the fact that it's Germany.   And it is a country that has a dark past of horrific expulsion of "undesirables".  Presumably those who will get shown the door, or boarded onto trains, this time will merely be the poorest of the poor but, still, it will be a group singled out for removal from society.   There is a real element of Social Darwinism that underlies the German policy.

The notion in The Guardian item that the German policy, "has implications for other western countries, including Britain," hints at a restructuring of societies in ways we have never envisioned.  What's next, Solyent Green?
Posted by The Mound of Sound at 6:18 AM

The world is headed for Solyent Green. Next; concentration camps for the elderly. Chilling!!!

It used to be, parents were cared for in their Children's homes. However now, it takes both parents working to afford, the outrageous costs of living.

Corruption has a death hold, on every country around the globe. Flaherty bleats non-stop regarding, giant corporations sitting on all of the money. Duh Flaherty, stop giving those huge corporations, billions of our tax dollars. Stop giving them huge tax reductions. For Heavens sake, don't make them pay, their fair share of taxes. They would all line up at the trough and squeal their heads off.

By all means, give Canada to Communist China. Give China our resources and resource jobs. That way, the Chinese can send their money home instead of, Canadians spending the money in Canada.

What they all really want is, a Global Government. Did people read Harper's speech, on Global Governance for Canada? Harper said, Global Governance has been worked on, since 1945. That means, they loved Hitlers Third Reich. Perhaps this will be, the Fourth Reich?