The Cheque Is In the Mail, Yeah Sure. 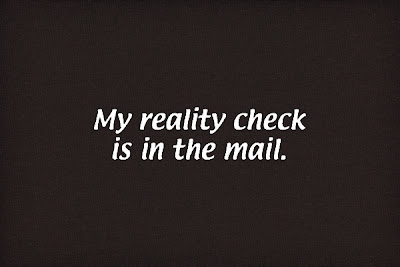 What if you got that old lie - from your insurance company?  Relax, that's almost sure not to happen but you might as well expect potentially big changes in your insurance dealings in the coming years.   Coverage is going to become more expensive and the range of risks covered is going to narrow.

The miners' canary is the United States where insurers are starting to hunker down.   Ceres looks at the "Stormy Future for U.S. Property/Casualty Insurers".

These rising payouts come as insurers are simultaneously
confronting historically low investment returns and a sluggish
overall economy. Even before the recent spate of underwriting
losses, the insurance industry’s overall financial performance,
as measured by average return-on-equity (ROE), lagged
significantly behind other industries.  The threat of rising
catastrophic losses triggered by increasing concentrations
of insured assets, along with a changing global climate,
present very real and significant challenges to the sector’s
financial future.

The implications of these rising loss trends are obvious for
insurance companies and their shareholders. Beyond just
declining profitability and returns, these increasingly visible
trends could undermine some insurer’s ability to manage
and, in some cases, even survive, future catastrophic,
weather-related loss events.

Investors in insurance companies are not the only ones
affected by these issues. Extreme weather is already causing
more businesses and properties to be uninsurable in the
private insurance markets, leaving the higher risks and costs
to governments, taxpayers and individuals. In fact, since 1990,
total government exposure to losses in hurricane-exposed
states has risen more than 15-fold to $885 billion in 2011.

Insurance sector losses and lackluster financial results have
even broader implications. Taken to their logical conclusions,
these trends could ultimately undermine our state, regional
and national ability to rebound from the shocks of natural
disasters. The state of Florida’s huge exposure as the “insurer
of last resort” for more than one million homeowners— a
situation triggered by insurers withdrawing from the state after
several devastating hurricanes—is living testament to this.

An unintentionally hilarious aspect of this awful situation is that the same anti-tax, anti-government, Tea Party lunatics tend to come from those same places where the state is now the "insurer of last resort."   When it comes to insuring their homes against floods, tornadoes or hurricanes, that sort of intense socialism is just dandy.  Besides how can you rail on against that "global warming hoax" if you can't fix up your shack after the storm hits?
Posted by The Mound of Sound at 11:46 AM