It's Over for Assad's Syria 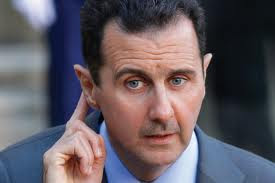 It's over for Syrian president Assad.  His key backer, Russia, has thrown in the towel.  The Russian defence ministry has announced it has sent warships to the eastern Mediterranean apparently to facilitate the evacuation of Russian nationals from Syria.

A flotilla of five ships - a destroyer, a tugboat, a tanker and two large landing vessels - is being sent from Baltiysk, on the Baltic Sea, to relieve ships that have been in waters near Syria for months.

A second group was sent from Severomorsk, on the Kola Bay in north-western Russia. At typical cruising speeds for such vessels, both groups would arrive on station around the start of January.

I wonder if the Russians have a stateroom reserved for Assad and his family?