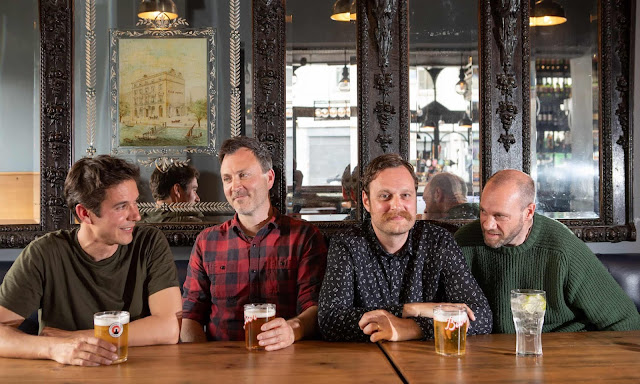 Four guys from North London calling themselves "Led By Donkeys" have been posting billboards laying bare their despair of the "lies, lunacy and hypocrisy" of Brexit and the Brexiteers.  For months they worked anonymously until their incredible ordinariness was revealed in The Observer.

Now they've turned their art on Donald Trump. In honour of the Mango Mussolini's state visit, they've been projecting welcome greetings on the
Tower of London: 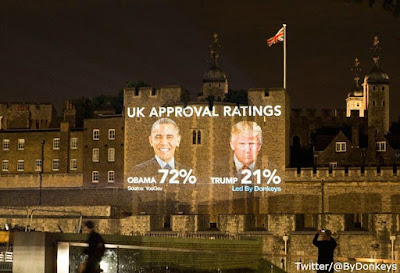 And at Madam Tussaud's: 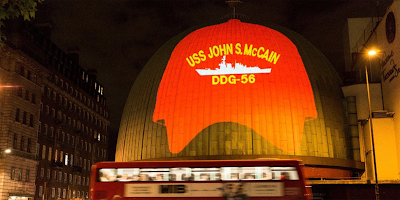 And they've even celebrated Trump's bromance with Boris Johnson on Big Ben:

Think we couldn't use a bit of that sort of magic?
Posted by The Mound of Sound at 12:48 PM

The fella with 72% even managed to hoodwink Nobel Committee with his smoooth talk to get Nobel Peace Prize and then he bombed Libya into the stone age. Before Libya, his CIA minions instigated the destruction of Syria. In the spare time, he signed countless death-by-drone warrants.
Brits surely can spot a classy man, though.


Right, Anon. Don't you have a rally to attend?

Weak rebuttal Mound, you know he's right. Your hatred of Trump blinds you.

“President Donald Trump has revoked a policy set by his predecessor requiring US intelligence officials to publish the number of civilians killed in drone strikes outside of war zones.

The 2016 executive order was brought in by then-President Barack Obama, who was under pressure to be more transparent.”

“In the time since, the Trump administration has quietly, and dramatically, increased the number of drone strikes on suspected militants in Yemen, Somalia, and Afghanistan. And to clear the way for this drone-war escalation, Trump has eliminated many of the safeguards that President Barack Obama put into place in an effort to minimize the risk of civilian casualties from air strikes, including those by unmanned aerial vehicles.”

“Since President Trump took office, the U.S. has carried out more airstrikes in more places, expanded its use of drones and been increasingly willing to risk civilian casualties.

The bottom line: Under Barack Obama, the U.S. pounded ISIS from the air and made heavy use of drones. Trump seems to have taken those tactics into hyperdrive in pursuit of shock, awe and a quick victory. With a flood of other news to sift through, America has hardly noticed the shift.”

MAGAt’s are such morons. They don’t even care that Sawdi Arabia and the UAE are arming and training ISIL and al Quida in the Arabian Pennisula, ( yup, the one that’s big on killing ‘Merkins at home) with US weapons.

They really are all Nazi’s.

The clock, while ticking, tells a tale.

Russia’s in a different time zone.

Your faux concern with drone strikes and civillian casualties,

And your weak attempt to backstop your own trolling comrade, has been duly notes and filed in the round file.