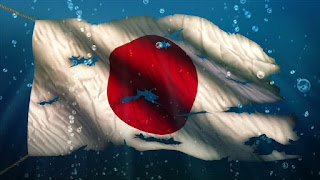 This time there won't be any signing ceremony on the deck of an American battleship in Tokyo bay. This capitulation will be at the G20 in Osaka.


Japan has bowed to US pressure by watering down commitments to tackling climate change in its draft G20 communiqué, a sign of how Tokyo is seeking to curry favour with Washington amid tense trade talks and concerns over North Korea.

The draft document omits the phrases “global warming” and “decarbonisation” and downplays the Paris climate accord compared with previous communiqués. Analysts say it is an effort to placate the position of the US, which has made clear its intention to withdraw from the 2015 climate pact.

The US and Japan are locked in difficult negotiations over a potential trade deal, in which agriculture and car parts have been sticking points.

“This really demonstrates the irrelevance of the G20 in addressing the world’s largest crisis at this point in time,” Jennifer Morgan, head of Greenpeace International, said. “It is a complete lack of political leadership.”

The G20 summit in Osaka, which starts on Friday, comes after global emissions hit a record high and as demonstrators are planning protests over Japans’ pro-coal policies.

The Japanese always have to "save face".

Has there ever been a trade deal that did not lower standards for labour, health and the environment?