Siren Call of the Despots or The Devil's Dance 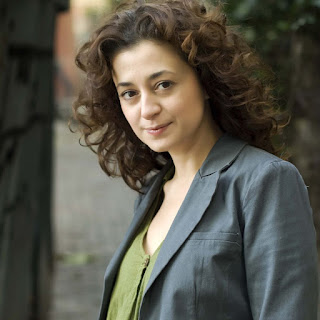 It's fair to say, no matter if you support the Liberals, NDP or Greens, you probably see menace in the rise of rightwing populism. It's a tenacious thing, one that is seeking to make major inroads into Canada's body politic and we've had front row seats to the havoc it wreaks wherever it takes hold.

Turkish writer, Ece Temelkuran, lives under the regime of Recep Erdogan, a stalwart in the ranks of authoritarians now constructing a global state of illiberal democracy. She warns that they're all cut from the same cloth and they all use the same lure to draw in the unwary.

"Humans … want to be part of greatness. They feel small in this world, and a man comes along and he says that you can be part of this greatness that we can create together. And it's an incredibly mesmerising promise," Ece Temelkuran explained to The Current's Anna Maria Tremonti.

Temelkuran, a political commentator and author of How to Lose a Country: The 7 Steps from Democracy to Dictatorship, says Turkish President Recep Tayyip Erdogan's ruling AK Party (AKP) has been taking calculated steps towards an authoritarian rule.

The president publicly questioned the legitimacy of the vote, calling it corrupt, illegal and irregular. Turkey's top election authority responded by voiding the election victory and ordered a rerun, which has been planned for June 23.

Temelkuran said the AKP's pivot from right-wing populism to authoritarianism was subtle and gradual — and she fears the transition will start happening elsewhere very soon.

She said it was painful to hear Western lecturers and intellectuals laud the AKP's rise to success by crediting the power of democracy run by "real people."

"And now the same things are happening with exactly the same terms in Europe and the United States."

Temelkuran drew specific comparisons between U.S. President Donald Trump and Erdogan, describing Trump as a right-wing populist who is skilled at "making the great masses feel like he's one of them," despite his wealth and privilege.

So, how are we to deal with this very real threat to our democracy? Should we somehow respond in kind? Is denouncing creeping authoritarianism enough?

My view is that we should respond to their efforts to subvert democracy with the most powerful weapon we have - more and better democracy.

Democracy has been weakened in the neoliberal era of globalism and free trade which demanded a grand compromise of democratic principles, a sharing of certain incidents of sovereignty, and a partial shift of government fidelity from the public interest to the narrow, private interest all in the name of economic growth.

It's now standard fare that election campaigns are waged on lies disguised as promises or platforms. This breeds the sort of cynicism that anticipates betrayal once the plebs have done their service at the ballot box, the one day in every four years they truly matter. Even then, there's an obscenity as fewer than two votes out of five deliver a thoroughly undemocratic result, a false majority.

Imagine just over three out of five knowing that, for the next four years, they will be ruled - not governed, ruled - by a majority from a party not of their choosing. And then to stand on the sidelines watching the leader who eked out that false majority discard the solemn promises on which he rode to victory. How democratic must that feel to the losers who so outnumber the deceived winners?

In a system that leaves most of the voting public essentially disenfranchised is it any wonder that some of them, perhaps a good many, would be drawn to the lure of charlatans such as Trump, Erdogan, Orban, that guy in Brazil, Duterte, Farage and the rest of those thugs?

It is within our power to have more and better democracy, government in which all or nearly all of the voting public can believe they have a say. That, in fact, is precisely what we were promised by that young man with the legendary name. He got what he wanted. Us - not so much.

"So, how are we to deal with this very real threat to our democracy? Should we somehow respond in kind? Is denouncing creeping authoritarianism enough?"

Mound
Bloody good question, but it assumes that voters care. Just look at the situation in the UK where the disenfranchised in the latest bye-election have had enough - the majority of working class voters have given up. If they haven't given up they will use a FU vote and vote for the latest shiny object - Farage/Trump.

If, in the minds of the average voter, all parties are the same and politicians are the scum of the earth, then why not vote for the latest version or the one that is the best of a bad lot or just for the racist populist because you can align your own prejudices with theirs. That's how we got Ford.

I don't know what the answer is but I do know that none of our parties have the answer that will appeal to the working class. The move to the Greens appears to me to be a rejection of the main parties. You may be the only thinker that has moved to the Greens based on policy the great mass moving to them is a rejection of everybody else and might work in the minds of the movers because they appear to be different.


Hey, Ben. Always good to hear your views. From the start this blog has been "dedicated to the restoration of progressive democracy." All these years later we're no closer to that dream and maybe it is a fantasy.

I'm convinced that we have to find a way to re-engage the disaffected and surely that begins by validating their democratic voice. It all hinges on the foundation of democracy, governance by consent of the populace. That's informed consent. Today we've dispensed with both elements - an 'informed' public having the power to consent or withhold consent. False majorities abrogate that essential idea and so we're ruled rather than governed.

The public, or enough of it, has become so disaffected because of this breach of faith between the electorate and those they entrust with office.

After enough of this some despot comes along with a promise to kick someone's ass and it can sound enticing.

The pointthat I make is that the unwashed, most of whom vote, if not eagerly need something to focus on. At the moment they focus on the incompetence and malfeasance of the regular politicians. Thus the appeal to a loudmouth strongman is enticing. What we need is a counterpoint. A populist leftie. The issues are there and can be pounded. Loss of purchasing power, why are the rich getting richer and all the tax breaks etc. Do you really think that if the NDP in Ontario had such a leader that Ford would not be on his heels. The opposition to Ford had come from the population not politicians.

Find and cultivate a leftie strongman and we will beat the right at its own game, but I despair in finding one.

Many times, over many years I have heard people say, "It will never happen here." This usually was a reference to the Nazi Holocaust but also every other scourge. There are usually reasons given, we have democracy or checks and balances or we are nicer than those others. Whatever, pretending "it" (whatever "it" refers to) can't happen here is just hiding, grasping at whichever security blankets are at hand.

The Turkish writer, Ece Temelkuran, you quoted above has a very clear warning and, yes, it can happen here.

Negative nationalism focuses on enemies or rivals without. Other nations, other peoples, posited as threats.

Positive nationalism, by contrast, celebrates what we are, what we've achieved and what we can do to better our society and communities in the years ahead. The best example I can reference is how the Canadian people, from across the political spectrum, came together to celebrate our centennial in 1967. The enthusiasm and optimism was infectious.

Negative populism is authoritarianism, the precursor to despotism. It is the playground of thugs like Trump, Erdogan, Duterte, Orban, etc. It uses fear and taps into a frightened public's darkest impulses and it harnesses that energy to its own purposes.

Positive populism is the essence of progressivism, a term that is not well understood today. It is the stuff of the Roosevelt's, Republican Teddy and Democrat Franklin. It was the occupation of truly great thinkers at the turn of the 20th century. Again it seeks social justice and equity. It treats the improvement of the ordinary citizen as the ultimate aspiration of government and the key to the future of the nation. I could write about this for pages but, well...

There is a flip side to this rancid disorder that besets us today, Ben. We have to push for it.

Toby, you might find a good read in former prof. Bob Altemeyer's book, "The Authoritarians." The American-born University of Manitoba psych prof was goaded into writing it at the instance of his long time friend, John Dean or Watergate fame. Fortunately it's available free in PDF format here:

All this change we wish for is lost in an age where elections are won or lost on , what's in it for me?
When the electorate cannot see anything in it for themselves they ask, who took what I have?

We have taught rights above responsibilities for too long .


So, TB, how do we reverse this? How do we instill a sense of the greater good, the community and nation, a willingness to sacrifice for a good cause? From what I've read it takes a really cataclysmic event to rekindle social cohesion but I'm not sure the social fabric isn't already too tattered even for that.

Mound, I've read Bob Altemeyer's book, "The Authoritarians." You're right, it is a good book.

So, TB, how do we reverse this?

Good question.
That's why I like Monbiot as he offers solutions to problems.
It's easy for us to be negative .

What the solution is , in this day of ,perceived, individualism I have no idea but search for answers.
I still like the idea of carbon credits that can be traded but that's one small answer in a complicated world.

Remedies will be hard to find in this age of social, manipulative, media.