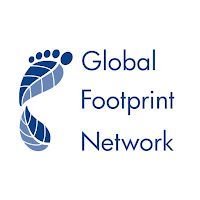 The Global Footprint Network has announced that Earth Overshoot Day, 2019 will fall on July 29th. If you're wondering if that's the earliest ever be assured it is.

Last year it was August 1. To give a bit of perspective, in 2000 it was September 23 meaning we've wiped out nearly two months in just under two decades.

What this means is that mankind's voracious appetites for resources now stands at 1.75 times the planet's ability to supply those resources. That too is up a notch.

As most of us know, we live on a finite Earth. It's not getting any bigger.

Mankind, by contrast, is getting bigger crazy fast. There are more of us. Today there are three times as many people as when I was born. We live longer which means we have more years of resource consumption. And our levels of consumption, reflected in growth in GDP, continues to swell exponentially. So it's a function of A x B x C. That's how you grow from a once sustainable population to a wildly unsustainable population in less than a single lifetime.

I wish the media would give this cute device as much attention as the execrable tax-freedom day from the Fraser Inst.


Oh they will,NPoV,and before too long I suspect.