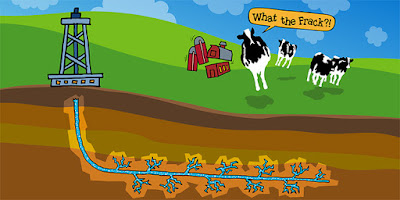 When you've got a dam you've got a reservoir and the last thing you want is a truly seismic event. The Tyee's Andrew Nikiforuk writes that even Alberta can figure out those things don't mix.  Now, Mr. Horgan, are you listening?


In a significant development, the Alberta Energy Regulator has acknowledged that hydraulic fracturing operations can impose high risks to critical infrastructure such as dams, an issue of growing concern at British Columbia’s Site C mega-project on the Peace River.

The regulator’s new regulations follow a wave of tremors set off by Canada’s oil and gas industry, as well as the release of major scientific papers documenting how fracking and other forms of fluid injection have caused devastating earthquakes.

Such industry-triggered events, some as great as magnitude 5.7, have destroyed homes, caused landslides, and left taxpayers with millions of dollars of damage in Oklahoma, Korea and in China, where citizens have been killed.

...BC Hydro also has its concerns about dam safety and fracking. Last year, a magnitude 4.6 quake triggered by Canadian Natural Resources Ltd. just 20 kilometres away from the Site C dam, halted that project and rattled hundreds of homes.