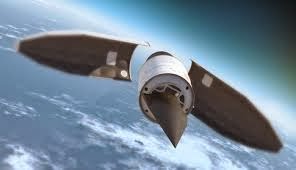 There's a dangerous tendency in the West to take a condescending view of Chinese technology.  We tend to think of it as it was twenty or thirty years ago - rudimentary, crude, unreliable.  That was before the Chinese got the hang of capitalism and Western industrialism and they've been catching up fast ever since.

How far the Chinese have come was demonstrated earlier this month when its military tested a hypersonic glide vehicle (HGV) capable of maneuvering at speeds upwards of Mach 10.  Fired atop an ICBM, an HGV warhead can give the most sophisticated missile defence systems absolute fits. 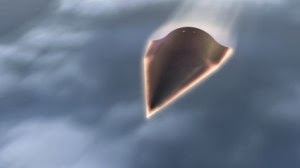 Commander of U.S. forces in the Pacific, Admiral Sam Locklear, noted that China has been able to make breathtaking advances in military technology, observing, "They have different processes that allow them to get to it faster."

Yes, Admiral Sam, they do indeed.
Posted by The Mound of Sound at 4:32 PM

"They have different processes that allow them to get to it faster."

Gosh, just like the Japanese did pre WWi. Then pre WWII. If you don’t get my historical references, please, bone up a little bit on history. Apparently, the gazillions of dollars floated towards the US DoD haven’t had a big historical lesson-learning impact thus far.
Perhaps those different processes account for strategic and tactical thinking, Admiral Lockyear.

Of course, in modern America, if it doesn’t make money for some private corporation, why would you bother do it? In your defense, America in the 30s ignored Japan for explicitly racist reasons but one would hope that the same reason will not come to the fore in the 21st century.

"noted that China has been able to make breathtaking advances in military technology" — maybe. "Breathtaking"? He's entitled to his opinion. Mine is that the Chinese are just starting the learning curve. An "HGV" is a mid-70's MIRV with some extra manoeuverability, but the Pentagon may be able to present it as BIG problem for increased funding. Meanwhile the X-37-B makes its months-long mystery flights, moving from one orbit path to another to the consternation of the RUssians and Chinese. Not to belittle Beijing, their Moon mission is very impressive, but like the Chinese Stealth Fighter shows, building one or two prototypes is one thing, building 200 of 'em is another.

Why this arm race? The objective is that who can kill more and fast? Have we not learned from the past wars?

Why not bring the world together and talk about peace?

This is a horrible trend and has gone on over a century now starting with 1st World War.

@ Theo. The Americans (and Brits for that matter) have a history rich in misfortunes that can be traced to complacency and underestimating potential adversaries.

Also, as the F-35 and other megaprojects demonstrate, the U.S. has often had great trouble getting a good return on its military spending.

@ Ed. I hope you're right but I don't think so. Sure the Americans have their X-37B space plane but how many years head start have they had on the Chinese. It's not a question of parity but then the Chinese realize they don't need to achieve parity. It's a question of how rapidly China is closing the gap.

LD, arms races tend to flare whenever you have a seismic shift in geopolitics. China and India are both ascendant and each is on a major push to upgrade, modernize and expand their military capabilities. China has the added incentive of perceiving a need to defend itself against a building American military challenge.

Mound, China has a very deadly weapon against U.S. U.S government has borrowed close to $2trillion from China. Moreover China has invested some trillion dollars in U.S economy. If China demands its money back and pulls out of U.S market then U.S will have a deadly financial earthquake from which it may never recover.

Last week China had some financial issues and Dow Jones fell over 300 points last Friday. There was a similar impact on European financial markets and Japan. China holds a dangerous financial deck of cards against U.S and West in general.

Do not kid yourself Mound.
My take that more than 50% of the military technology was stolen from West. By Chinese who are working nearly everywhere.
Not that most of them are stealing company secrects...
A..non

There're four most dangerous countries in the world - U.S, Russia, China and Israel. They have enough nukes that each is capable of destroying the life on this planet many times over.

@ Anon. How they get the information is irrelevant. Yes, much is pilfered but that doesn't matter. It's what they do with it once they get it. The West willingly and unwillingly gives China a huge leg up. They don't let that go to waste.

@LD - the nuke powers that most concern me are India and Pakistan. They could start something that sucks some or all of the others within weeks, if not days.

Mound, you're right about India and Pakistan. Especially unstable government in Pakistan.

That way I find North Korea and South Korea are in a similar situation. Especially new North Korean leader is erratic and unpredictable.