Peering Through Inequality to Discern the Spark of Revolution 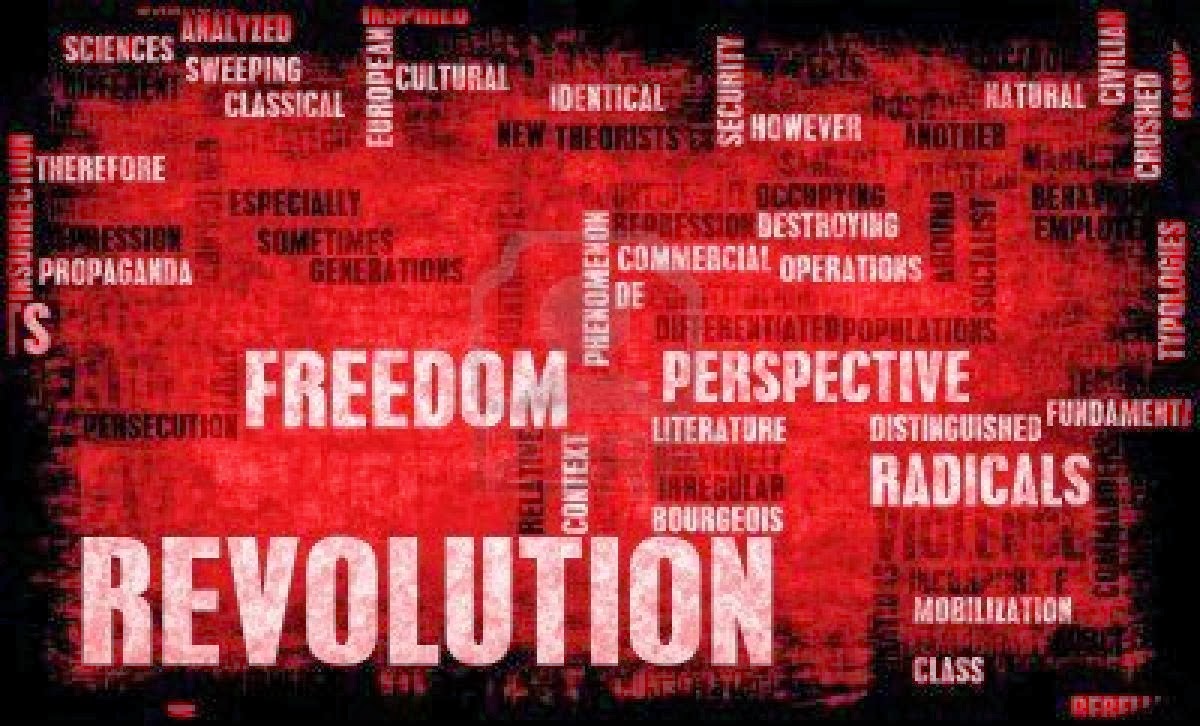 To Canadians, revolution is something that other people do.   We really have no history of great, national revolt.  That can blind us to the fact of how commonplace revolution has been in the history of so many other nations - the United States, Mexico, much of Central and South America, Britain, Europe to be sure, Asia (south, east and central), Eurasia, the Middle East and the bloody civil wars that have claimed millions of lives in Africa.  In fact, revolution seems to be the norm rather than the exception.

Tom Morrow writing for the Irish Independent sees the inequality spreading throughout the modern world as the kindling for revolutions soon to come.

What was interesting in Davos was the decision to place rising inequality at the centre of the debate and begin thinking about a solution. It was also interesting to hear open acknowledgments by so many participants, from IMF boss Christine Lagarde downwards, that inequality on this scale is plain dangerous and could spark revolution.

Jennifer Blanke, the World Economic Forum's chief economist, warned that "disgruntlement can lead to the dissolution of the fabric of society" and warned that revolutions begin when young people conclude that the risks and costs of destroying the society are preferable to letting things continue as they are.

We live in peaceful times, bar the odd riot in Croydon or Stockholm, but the rich know that this will not continue indefinitely. Too much inequality can spark revolts like the French and Russian revolutions which sweep everything away.

Both these revolutions followed long periods of relative decline which saw the merchant classes squeezed and an oligarchy grow rich from commercial developments such as the slave trade.

In 2005, a perceptive report by Ajay Kapur, a Citigroup global strategist, predicted the growth of what he called plutonomy. A plutonomy exists when the wealthy own and consume so much of a society that everyone else is irrelevant both politically and economically.

Kapur showed little concern about the rise of plutonomy but as this trend accelerates there are reasons to be worried. Great technological changes or political upheavals always offer opportunities for the clever and industrious to make vast fortunes. It is what inevitably happens next that creates real danger.

The great disparities enable the wealthy to use their economic power to make sure rules favour the rich, often to the detriment of everyone else.

The consequences include the erosion of democracy and vanishing opportunities for everybody else.

...Plutarch wrote 2,000 years ago that "an imbalance between rich and poor is the oldest and most fatal ailment of all republics."

Perhaps that is the lesson of Davos for Ireland: that we need to begin tracking that imbalance seriously and then asking ourselves what we are going to do about it before the fraying social fabric leads to extreme political responses of the kind that we are likely to see elsewhere on the Continent in the European elections this May.

Chris Hedges is just one American voice warning that the U.S. is deeply mired in a pre-revolutionary state.   Finally even Congressional Democrats and a gaggle of their Republican counterparts are becoming decidedly nervous at what is simmering beneath their feet.  The U.S. military is positioning units to deliver civil assistance in the event of unrest - unleashing troops against the American people.

Congress, in service to the nation's  plutocrats, has dismembered America's once robust, vibrant and broad-based middle class, the key to their prosperity and stability.  Like the Harper government today, the American Congress has turned on its people ever since the Reagan Era,  sowing ruin, anger and resentment across the land.

Although it may sound off-topic, I expect climate change impacts will become a 'force multiplier' of the social unrest building in many countries, including the U.S.  If revolt does break out in the United States, don't think we'll be immune to it.

The very interesting phenomenon is that generally plutocrats = higher intelligence.
And it is very difficult to get intelligence via other way than direct genetic transfer from mom&dad.
That would mean 2 general classes of people in the future: wizards and the rest of us.
A..non

On what basis do you claim that plutocrats have higher intelligence? The brightest types I know are certainly not among their ranks. You could say that Donald Trump is a plutocrat. Do you ascribe some world dominating intelligence to him or those of the Trump class?

I think your premise is deeply flawed.

The scarey thing is and I think think this is a blind spot for Progressives, in which direction does this revolution go? For the past 50 years in the United States there has been a lot of infrastructure and social support put in place for Christian Fascism. We quite literally could have a societal wide breakdown which allows a charismatic leader to emerge on the right and seize power.

Again this is a point discussed at some length by Chris Hedges. He advocates strongly for some sort of measured, controlled reformation rather than defaulting to the chaos that inevitably arises out of revolt.

Many countries are already primed for revolt and that will likely be callous and brutal. Crane Brinton's 1938 classic, "The Anatomy of Revolution," should be required reading for today's younger generation. These things do tend to follow a pattern.

Revolution, counter-revolution, rebound revolution. Revolutions get hijacked by extremists. That is how the Bolsheviks took over the Menshevik Revolution in Russia. It was that same process that led to "The Terror" in France.

Re: plutocrats and intelligence. When I was about 10 I heard the word plutocrat and asked what it meant. My mom answered, "more money than brains."
I can't help but think it every time I see/hear the word.

The Terror in France wasn't so bad. Bunch of Aristoi bit the biscuit and there was some infighting between factions, but in terms of overall bloodshed and cruel exercise of the "law" it was still nothing compared to what had been meted out to the plebes on any given year just a few years previously.
The revolutionaries guillotined people. But the aristocratic rulers had always done fun stuff like breaking on the wheel, drawing and quartering and so forth; just killing your enemies flat out was a major step forward in mercy (which the US has not matched yet, with its elaborate poisons and frying with electricity).

It is probably true that a violent revolution in Canada would be messy and get hijacked by autocratic elements. I don't think it's always the case though, and I do think there are cases where a revolution is necessary and a violent one the only kind that will happen. Cuba, for instance, wasn't really hijacked by anyone, although because of outside pressure afterwards they ended up going on a war footing and in a way never leaving. Its possibilities have been greatly stunted, but not because the revolution was violent. Even so, I get the impression that many modern "democracies" are effectively more autocratic than Cuba.

Cuba emerged from a civil war. It had a leadership structure and a means of enforcing order.

Uprisings, like we see in today's Syria, tend to be disjointed and often have anti-government forces vying among themselves for control even to the point of attacking each other. We also saw that in Libya. They always have a dragged out, brutal aftermath.