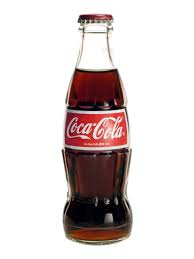 It's about time.  According to The New York Times, industry is beginning to 'get' the reality of climate change now that it's beginning to hammer their bottom line.


Today, after a decade of increasing damage to Coke’s balance sheet as global droughts dried up the water needed to produce its soda, the company has embraced the idea of climate change as an economically disruptive force.
“Increased droughts, more unpredictable variability, 100-year floods every two years,” said Jeffrey Seabright, Coke’s vice president for environment and water resources, listing the problems that he said were also disrupting the company’s supply of sugar cane and sugar beets, as well as citrus for its fruit juices. “When we look at our most essential ingredients, we see those events as threats.”
Coke reflects a growing view among American business leaders and mainstream economists who see global warming as a force that contributes to lower gross domestic products, higher food and commodity costs, broken supply chains and increased financial risks.
The article suggests that, finally, industry generally is breaking from the fossil fuelers pitch that interference with carbon energy production is unduly harmful to an economy.