Is It Really This Simple? 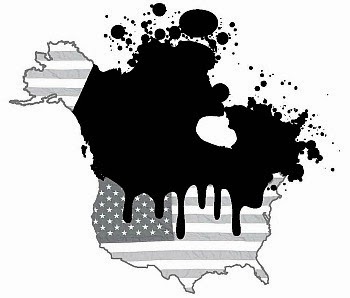 For some time I've put it down to the 'low-hanging fruit' theory.   Fossil fuels are windfall revenue. Somebody else digs fossil energy out of the ground, hands government a royalty cheque for the privilege, and hauls the stuff away.  Government takes that money, gives some of it away in tax breaks for the rich, and uses the rest of it as general revenue to appease the plebs.  It sort of greases all the wheels.

Government doesn't collect royalty cheques from people manufacturing heat pumps or solar panels or wind turbines.  There are taxes, if you're lucky, but that's not the same as windfall royalties from fossil fuels.   As Dire Straits would put it, fossil fuel royalties are "money for nothing."

Fossil fuel royalties as graft?  Sure, I suppose.  Just contrast the difference between how fossil fuel revenues are handled responsibly - by the Norwegians - and how they're pissed away by Canadian governments and by the Brits.   Here's another giveaway.  One side acts openly, honestly and transparently.   The other indulges in secrecy, manipulation and dishonesty.  Do you think that's just a fluke?

I think the dishonesty, the secrecy and the manipulation the Canadian public endures from our politicians when it comes to our fossil fuel resources is the product of the horrible conflict of interest between our government and its people.  They're putting their interests in keeping those royalty cheques coming ahead of their fiduciary duty to the Canadian public, today and for generations to come.
Posted by The Mound of Sound at 2:24 PM

In addition to the reasons you cited, Mound, there is also the almost irresistible temptation of government to pander to people's desire not to have to make any changes in their lifestyles.

Pandering=sacrificing Earth's future for the sake of power

The dishonesty, secrecy and the manipulation of the Canadian public by politicians is not limited to fossil fuels. In my community's experience, municipal politicians (and judges) are just as guilty of this as the creeps at the provincial and federal level.

I believe you're right, Lorne. My favourite moment of the Frost/Nixon sessions came when Nixon, quite insightfully, described 'leadership' as the ability to persuade the public to support something unpopular but necessary.

Joe, do you really believe your judges indulge in dishonesty, secrecy and manipulation? I have never had an experience of that in the many courts I appeared before. Where are you and what sort of things do these judges get up to?

I think it's even simpler than that. If your theory were correct, then increasing royalty rates would be a popular, or at least viable, policy among fossil-fuel-backing politicians. But we see repeatedly in both Alberta and Saskatchewan that, to the contrary, these politicians lower royalty rates as much as they dare, along with related corporate tax rates. They seem if anything to be doing their best to minimize government revenue from the energy sector (and from resources generally, e.g. potash).

No, I think it's all about bribery. It's not the revenues going to the government that are important, it's the revenues going to the politicians and their political parties or other electoral vehicles. Some of these accrue during the politician's political career, some come as rewards for a job slavishly done after they leave politics and become corporate directors, lobbyists a la Chuck Strahl, lucrative lecture circuit types and so on.

This also better explains the dishonesty and secrecy. If politicians were backing resource extraction for the government revenue, there would be little need for such--they could get much of the public on side just by touting the advantages of the revenue.

But if their objective is actually helping the private interests put away greater profits at the public's direct expense, obviously they can't come out and admit that and dishonesty and secrecy are called for.

Mound, I'm in Montreal. Here's a link to our community blog concerning the issue we have been fighting for years. http://bit.ly/1dShV33