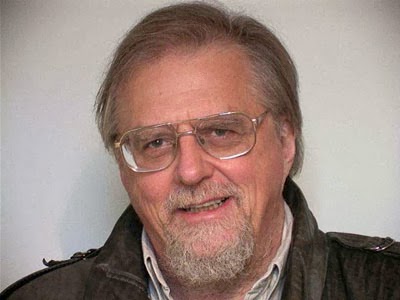 It sounded like a plan.  When runaway global warming got bad enough we'd just hurl huge amounts of sulphur dioxide into the stratosphere and cool the planet right back down.   We might just do that but Gwynne Dyer notes we'll also be killing millions in the process.

In a paper published this month in Environmental Research Letters, three researchers at Reading University in England have shown that trying to cool the planet by putting large amounts of sulphur dioxide into the stratosphere would lead to a 30 per cent decline in rainfall in most of the tropics.

That would mean permanent drought conditions in countries such as Indonesia, and millions would starve.
Starvation is the main impact that higher average global temperatures will have on human beings, as they will cause a big loss in food production, particularly in the tropics and subtropics.
But the standard assumption was that there would still be as much rain in the tropics as before.
Maybe even too much rain, as the heat would mean higher rates of evaporation and more powerful tropical storms.
What Drs. Angus Ferraro, Ellie Highwood and Andrew Charlton-Perez have done is to use several climate model simulations to examine the effect of geo-engineering on the tropical overturning circulation. This circulation is largely responsible for lifting water vapour that has evaporated at the surface high enough into the atmosphere that it turns back into water droplets and falls as rain. If the circulation gets weaker, so does the rainfall.
The Reading University scientists have discovered a hitherto unsuspected side-effect of this kind of geo-engineering. The sulphur dioxide particles don't just reflect back a portion of the incoming sunlight from above. They also reflect a portion of the long-wave radiation (heat) coming back up from the surface, and that heats the top of the troposphere.
The troposphere is the lower part of the atmosphere, where all the weather happens. If you heat the top of the troposphere, you reduce the temperature difference between there and the surface, so the tropical overturning circulation weakens. That means less water vapour is carried up, and less rain falls back down. Result: drought and famine.
The sulphur dioxide option was the cheapest and seemingly the best understood option for holding the temperature down. A great many people were glad that it was there, as a kind of safety net if we really don't get our act together in time to halt the warming by less intrusive means. Now there's no safety net.

Plan B might still work... at reducing human footprint.
My take is that most likely plan will be C, a sudden emergence of a deadly virus which will wipe out at leats 50% of humanity. Probably non-planned.
All plans beat plan D, a nuclear fallout from squabbling over water and food.
A..non