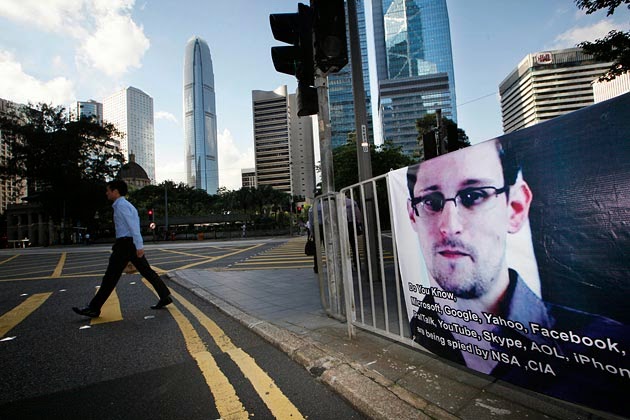 Barack Obama received the Nobel Peace Prize just a few months before he authorized a "surge" of 30,000 more U.S. soldiers to fight the Afghan War.  That seemed a matter of misplaced optimism on the part of the Nobel committee.

What will the United States do if its next Peace Prize winner turns out to be Edward Snowden, the fugitive whistle-blower who has done so much to unmask America's out of control surveillance apparatus?

Two Norwegian politicians have nominated Snowden for the 2014 Peace Prize commending him for contributing to "a more stable and peaceful world order."
Posted by The Mound of Sound at 8:27 AM

There is no way Snowden could win the totally-politicized Nobel.

The 2009 to Barack Obama was payback to Thorbjørn Jagland, chairman of the Norwegian Nobel Committee, who awarded the Peace Prize to Obama shortly after, with US support, he was elected as the Secretary General of the Council of Europe. There is a move to rescind it - good luck on that.

I expect you're right, Don. Sigh.