China Says Arctic Up For Grabs 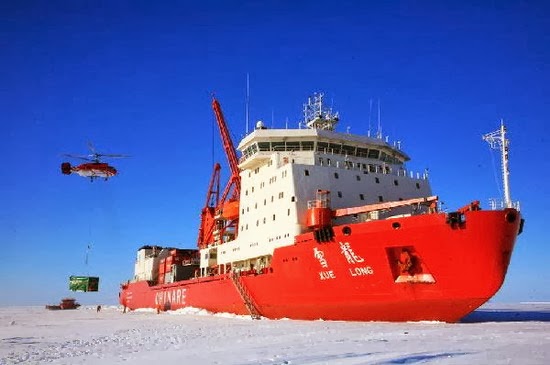 "Arctic resources,  in my opinion, will be allocated according to the needs of the world, not only owned by certain countries," Qu Tanzhou, director of the Chinese Arctic and Antarctic Administration said in an interview...  "We cannot simply say that this is yours and this is mine."

China already operates the world's largest, non-nuclear icebreaker and will soon have two more.  Last year Chinese officials said the country should maintain a permanent, military presence in the Arctic.  Beijing has even taken to proclaiming China a "near Arctic" state.