China, Is This Really Too Much to Ask? 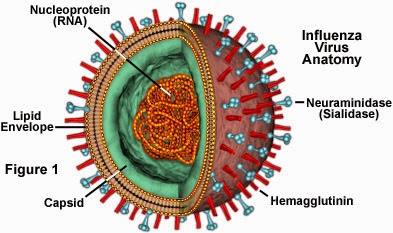 I don't know if this is going to sound racist.  Truth is, I really don't care.

Is it really too much to demand that China implement health and agricultural regulatory reform requiring farmers to keep their swine separate from their poultry and keep both separate from the farmers and their families?

Pigs here, chickens there, humans over there, all of them kept a suitable distance apart.

Every year we get new strains of flu - from China.  Avian flu, swine flu, Hong Kong flu.  H1N1, H5N1, H-number-letter-number whatever.   Every year the World Health Organization issues its warnings and urges Chinese farmers not to let their chickens and pigs live in the house.  They do anyway.  The virus passes from the pigs to the farmers or from the chickens to the farmers and the farmers take their pigs and chickens and flu to market in the cities where it gets into the general population and, before long, on some jetliner overseas.

Is it really too much to ask our newfound energy partner, the Peoples' Republic, to put an end to this nonsense?  And how about this?  Shouldn't they be taking some of that vast wealth they keep sucking out of our economies and sending some  of it back to cover our medical expenses, income loss and economic dislocation caused by the constant export of their goddamned flu virus?

Maybe if China had to pay compensation for the deaths, suffering  and economic dislocation caused by their refusal to tackle conditions that lead to the spread of influenza, they might act on it.  We've been warned.  It's only a matter of time before there's going to be a real killer strain.
Posted by The Mound of Sound at 11:31 AM

In Beijing pollution is so bad that people are advised to wear masks or stay indoors.

Every flu kills, LD. Some strains are more lethal than others. We've been lucky so far but epidemiologists tell us one day we will have a major pandemic of a highly lethal strain.

At the risk of sounding racist, and I like you don't give a shit, it would be appropriate if the Chinese plagues would concentrate at more killing in China where excess population is a major problem. Also it would be morally more apropriate.

Of course maybe the Chinese farmer have developed immunity thanks to decade or centuries of sharing living space with hogs and poultry, and this is just a low tech means of biological warfare on the west.

no one should expect the Chinese government to do anything to stop the spread of any disease. They don't care. They have enough people in their country and those in other countries matter even less to the government of China. We hve only to look at how a government owned Chinese corporation in Alberta dealt with the deaths of chinese and Canadian workers. They don't care and won;t pay up.

We either keep the Chinese government out of Canada or the fl will be the least of our problems.

@ PLG - why should they care? Because we're funding their economy, that's why.