First They Shuttered Our Libraries, Now They're Coming for "the Black Bomb"?

It's an acquired taste, sort of like Guinness Stout.  It's a gooey, salty, beef-flavoured yeast extract that Brits like slathered on a piece of toast.  It's Marmite, popularly known in some corners as the "Black Bomb." 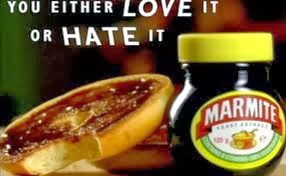 Apparently Marmite, loved by some throughout the Commonwealth, is under attack by the Canadian Food Inspection Agency, the same outfit that lets packing plants inspect their own meat products (we know how well that has worked, prime minister Listeria).   The Canuckleheads don't want Marmite coming in because it's enriched with vitamins and minerals.

Really, and that's going to take somebody by surprise?  It's right there on the label, "contains B vitamins." 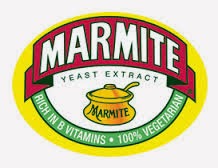 So it looks like, if you're into the Black Bomb and you're running low, you might want to stock up while it's still on the grocery store shelves.
Posted by The Mound of Sound at 9:48 AM

Guinness used to be prescribed by doctors to pregnant women because of its vitamin and mineral content. Trust the Harperites to take something beneficial to humans and tarnish it with their perverted ideology.


When I lived in London in the 60s the old dears used to stop by the pub in the afternoon after their shopping for a glass of Guinness. The National Health Service would give these oldsters an allowance that covered one glass per day.

I just learned of this typically stupid ban from an English cousin where it is headlines in all major newspapers basically saying ' whats wrong with Canada?". As a lifelong user of this product I have to ask the same question!
http://ruralcanadian.blogspot.ca/2014/01/officialdom-gone-mad.html

There's a lot of that "what's wrong with Canada?" going around since Harper took office.

This story doesn't really pass the sniff test. Lots of stuff on the grocery store shelf is enriched with vitamins. Got Milk?

Furthermore, was this store really the only place in Canada importing this stuff? Really?

Some of the commenters on the G&M story have noted that it sounds like there may be other reasons why this store was targeted by CFIA. I really get the impression there's more to the story than what we're being told. And I wouldn't count on the G&M to go out and find out what that story is.

I don't know, Mark. I'm going to get a couple of jars just in case.