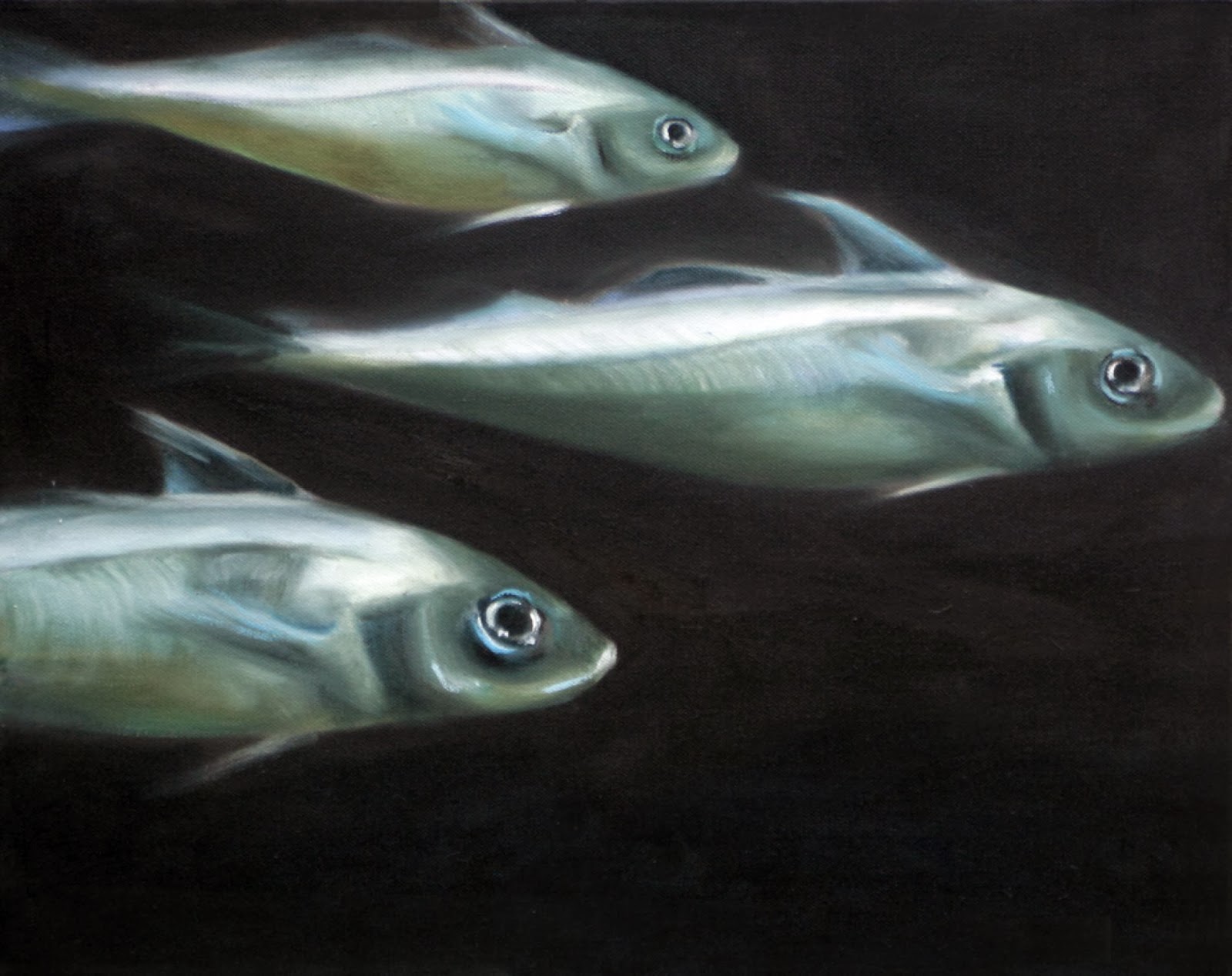 Fish stocks in the North Sea are shrinking.  Over the past four decades some have shrunk in length by as much as 29%.

Researchers wondered if the shrinkage was the result of overfishing of select species but ruled that out because it seems to be common to many species.  Their conclusion - the culprit appears to be the warming of the North Sea over the past 38 years.   Records show a warming between 1C and 2C in those waters.

The availability of food and an increase in fishing could also be factors in the reduction in length but the "synchronised" fall in size across a range of species led the fisheries scientists at the University of Aberdeen to identify climate change, and particularly higher water temperatures, as a common theme.

Between 1970 and 2008 the length of haddock in the north part of the sea and whiting in the south decreased most at 29%.

The reduction did not apply to all species, with the length of cod remaining steady and sole decreasing by only 1% over the study period.

Fish are maturing earlier in the warmer waters and not continuing to grow, according to the researchers.

Water temperature is a major factor in fish populations and migration.   California sees warmer Pacific waters as playing a role in the decline of that state's salmon stocks.  Sardines, once bountiful in California coastal waters, also moved north even turning up in large numbers  in British Columbia.  With the migration of prey fish comes the migration of their predator species.
Posted by The Mound of Sound at 9:28 AM

"Researchers wondered if the shrinkage was the result of overfishing of select species but ruled that out because it seems to be common to many species."

Well, but aren't we overfishing bloody everything? And with the huge nets many commercial fishers use, bycatch is massive, so even if we don't actively "fish" for a given species that don't necessarily mean we're not killing 'em.