Sorry, Tony. Ask the Pros. Australia Sucks and So Do You. 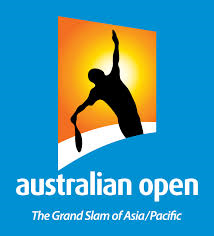 Professional tennis players  aren't real happy with Australia.  In particular, they're pretty angry at having to play the Australian Open as temperatures reached 42C.  From BBC Sports:

Canada's Frank Dancevic required medical attention after fainting in his first-round match and said it was "inhumane" to allow players to compete in such testing conditions.

Britain's Andy Murray says the incident may damage the event's reputation.
"It doesn't look good for the sport when people are collapsing," he said.
"Most of the players are conditioned well enough to last in that weather but doing it for three or four hours is tough to recover from."

The high temperatures resulted in a number of incidents at Melbourne Park on Tuesday:
Update - I caught part of the broadcast yesterday.  It was 108F in Melbourne and the commentators said it was a good several degrees hotter on the playing court.  A blind person would have some difficulty knowing it was a tennis match because there was so much focus on the heat.  Apparently the players were "conserving energy" - i.e. taking it easy - to get through their matches.  There was a decided lack of exertion.  The survival instinct was plainly on display.   There is some hope the temperatures might drop 30-degrees by the weekend.
Posted by The Mound of Sound at 10:50 AM