The Next Step in the Indo-Chinese Arms Race - India Fears It's Losing. 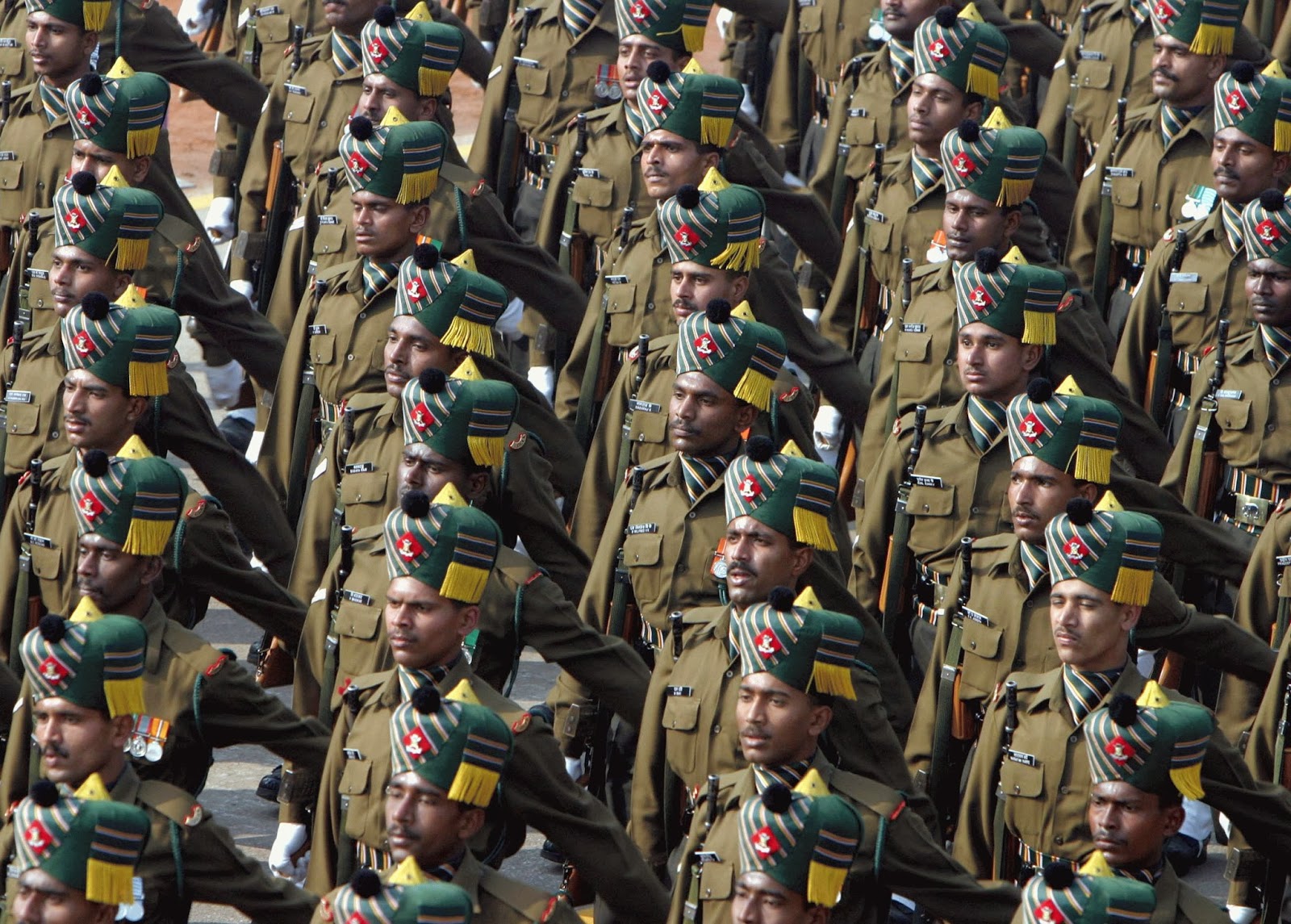 Both countries are in the midst of massive rearmament campaigns.  China, given its greater industrial base, larger wealth and technological superiority, is pulling ahead.   India remains more heavily dependent on foreign suppliers for weaponry that invariably comes with strings attached and its weight in red tape.

The United States is trying to use India as a proxy to help contain China and to undermine the security of China's access to Middle East oil.  China counters by bolstering its alliance with India's nemesis, Pakistan, and pursuing overland access to Iranian and Iraqi oil through Pakistan.  India, meanwhile, is trying to leapfrog Pakistan by siding with Afghanistan.

In a nutshell, the whole South Asia/East Asia scenario is a mess of awkward, fluid and dangerous forces in play.  Now some Indians are coming to see themselves as hopelessly and very dangerously behind in their nation's unacknowledged arms race with China.  Once that mentality sets in, the next step is paranoia about an imminent attack.

...a recent statement by General Bikram Singh, Chief of Army Staff, that India would not allow a repeat of 1962 (the Sino-Indian war)sounds reassuring at least in consequential terms. As the defensor pacis of India's military interests, Singh would know better. However, such assurances notwithstanding, Indians still fear a war that the country would likely lose.

The "relative peace" notwithstanding, several factors could draw China and India into a conflict, either in tandem or in isolation. First, the two countries are yet to resolve their border differences. Protracted talks have been complicated with new demands by China and have belittled the political parameters decided in 2005 to move towards a final resolution. As China's political, economic
and military power scale new heights, it might resort to another limited war to force a one-sided resolution upon India.

...both countries are undergoing a transition process towards becoming great powers. The absence of an agreed border, supplemented by the game for power and influence elsewhere, could encourage China to talk through its guns to India.

In designing a defense policy against China, India has yet to experiment certain initiatives. First, India is yet to start its own game of military modernization with a focus on "muscle" rather than "men". In the entire discourse on military modernization, India is the only major power that is yet to trim its flesh and reinvest the money on technology and armory. A lesson can be learnt from China, which trimmed its military from 4.9 million to 2.2 million personnel and emerged as a military superpower.

Second, shortage of defense budget should not come in way of a strong defense against China. There is plenty of scope for revenue generation and revenue saving within the armed forces that can be explored. In doing so, lessons can be learnt from the US and the UK, among others, that have adopted new policy measures to generate money.

Third, India is not the only country pitted against a strong neighbor with possibilities of war. Smaller powers across the world have invented and adopted new ways and means to resist the geopolitical temptations of stronger neighbors and at times even tease them. The sub-continental examples of Pakistan and Sri Lanka (balancing) and Nepal and Bhutan (bandwagoning) are only some representative examples.

If India could convince China for an early border resolution, it will blow away the major cause that could propel a Chinese attack.

India's search for pride, dignity and honor against an unpredictable China can come only if there is an objective confidence in dealing with China. Assurances from top military and political leadership, like General Singh's statement, do reduce the pangs of psychological humiliation about the 1962 war. However, such statements also need to be supplemented with demonstrable evidences of better military preparedness against China.

If India wants to really deal with the problem of China and their use of Pakistan as their stalking horse, its easy. Just ensure the tribals go into China to do what the do so well in other countries. Once China is full occupied in dealing with the various tribal terrorists, India can get on with the business of life.

Two can play that game. India is busy displacing lots of its locals that are sitting on resources big companies want. They have tribal rebellions and even Communist insurgencies on a significant scale. They play silly buggers the way you're talking, China could funnel arms to plenty of people who could make India's life hell.

Couple of caveats about that article, although I agree with the general worrying thrust. First, it seems to be claiming that India could learn how to save money in its defense budget from . . . the US. Say what?

Second, it says "both countries are undergoing a transition process towards becoming great powers". I don't believe both countries are. Frankly, India strikes me as being on an economic road to nowhere. Its GDP has been growing fairly fast of late years, true. But compare: China's growth has involved massive increases in industrial production, huge investment in infrastructure, broad-based advances in technology, and despite huge dislocations and contradictions, massive numbers of people being lifted out of poverty. India on the other hand seems to have just a thin layer of prosperous economy papering over a gaping chasm of ever-increasing poverty. Their growth is foreign-dominated and a fair amount seems to be just on paper. The rural majority is just getting worse off, as are many of the impoverished urban slumdwellers if that's even possible. It's like they went straight from rural agricultural economy to neoliberal rip-off economy without ever building a productive modern economy that can sustain being ripped off for a while. There's an educated elite but it's thin and seems to me like a classic third world decadent comprador class rather than a national bourgeoisie with a real national project. This is a generalization which may not apply to some provinces--but Kerala can't carry the country by itself. I think India is headed for serious internal turmoil and a hard economic landing.