How Did We Become So Dysfunctional? 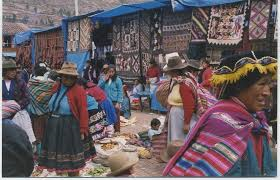 Hardly a day goes by but we read of new studies and reports warning us of serious developments that are either underway or imminent that will transform Earth or our global civilization or us as individuals.  This knowledge comes pouring in from just about every discipline imaginable, even social sciences such as economics.

Yesterday, for example, we learned why last year a chunk of the Antarctic ice sheet larger than Rhode Island broke off and drifted out to sea and why it's bound to happen again before long.  Today it was revealed that some senior military and science types figure that we're staring at a global energy crisis sometime between next year and 2018.  We read in a leaked copy of the latest IPCC report that we're holding a gun to our head and we either decarbonize our economies now or just pull the trigger.  Meanwhile we've got a government of petrolheads hell bent on flooding the world with the highest-carbon petroleum on the market, even as it reports to the U.N. that its emissions cuts promises are bogus and our country's carbon emissions will, instead, soar by 38% by 2030.  We learn of secrecy and spying and all manner of skulduggery by governments that are turning on their own people.  Today we learn that the warming of the Pacific will trigger more super-typhoons that will begin tracking north to hit Korea, Vietnam and China.

Over the past ten years we've come to learn that the science is rarely exaggerated.  If anything it's usually understated.  A decade ago they were warning us the Arctic could be ice free in summer by the end of the century.  Now they're sure that's going to happen by the end of this decade.

Yet despite all of these warnings and all of these changes, some of them visible to the naked eye from space, we're proceeding as though they simply don't matter.  It's business as usual.  How can that be?  Where do we find this potentially lethal inertia?

I recall a few decades ago studying what was called Andean Fatalism.  Mountain villages in the Andes would get wiped out by landslides from torrential rains or earthquakes.  Yet the villagers didn't try to forestall disaster but, instead, merely accepted the prospect as their fate.  Maybe you'll live a full life, maybe you won't.  Maybe you will but your kids won't.  It's all up to the gods, no sense worrying about it.

Are we now locked into our own form of Andean Fatalism?  Is the uncertainty of change more daunting than the prospect of what is almost certainly barrelling down on us?  Is the enormity of these challenges too much, the sounding of these alarms too numbingly incessant?

It seems impossible to discern what is shaping our dysfunction.  Something plainly is or we'd be storming the Bastille, clamouring for answers, angrily demanding action.  Maybe we're a lot more Andean than we might imagine.

Or then again maybe our capacity for contemplating and comprehending our various conundra has simply been intoxicated by our simple minded willingness to believe that we were "created" and that the all powerful being that "created" us would not allow us to either *be* destroyed or to destroy ourselves by making use of that which the creator put here for us.

In other words maybe we're just an ignorant, arrogant immature species that is proving itself as unfit to survive.

Disaster movies, decades and decades of disaster movies. Everything from The Poseidon Adventure (the good one with Shelley Winters), to The Day After Tomorrow have taught us that disasters happen. However it isn't real because it's in the movies and it's OK anyway because the protagonist survives to the end of the picture. We experience our catharsis and then go back to our 9 - 5 lives filled with washing machines, cars, compact disc players and electrical tin openers.

Pop culture has cried wolf and now that the wolf is literally at our door we do not believe it.

Following up on your point, Dana, I expect you're aware of the theory of why Earth hasn't been visited by aliens. The premise is that intelligent life is self-extinguishing.

Oh yeah, Dana, I've lost sight of that web site you referred me to. Can you give me that again? Thanks.

@ Elliott, you may be quite right. We have certainly become desensitized to violence and all forms of mayhem. Do you remember when Peckenpah was shocking the world with the "Wild Bunch" and "Straw Dogs"? That's almost standard fare today.

"The premise is that intelligent life is self-extinguishing."

Yup. It's very difficult to argue that it's not.

Optimism -- it's killing us. People seem to believe "They'll figure it out" (They already have -- we ignore that.) or "It'll work out in the end" or "How bad can it be?" Optimism has apparently had evolutionary advantages for our species but it's letting us down here. When does optimism become denial?

"When does optimism become denial?"

"How Did We(I am assuming you mean everyone) Become So Dysfunctional" Speak for yourself.

Such devastatingly original wit. Such grandeur of syntactical construction. Such adolescent pap.

Is this anonymous really Peter Mackay?

How many times have you heard "I never thought it could happen here" on the news? And that disbelief is usually expressed after a community level tragedy, so the issues that affect us at the global level are and will remain unfathomable for many people until our leaders face up to reality and start telling us the truth.