Bomb'Em All - Well Except the Kurds, Maybe 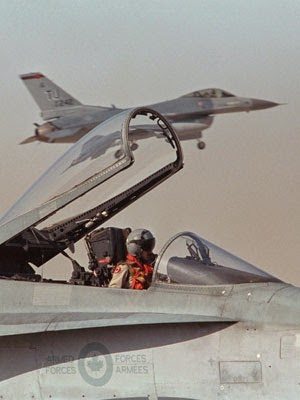 By now we've all been well steeped in the brutal excesses of ISIS - beheadings, mass executions, torture - in Middle Eastern parlance, the full nine yards.  And so we're off to Kuwait from where we'll launch air strikes against ISIS forces in Iraq.

Well, since we're going all the way over there anyway and since we'll be hunting for scarce targets among the Sunni ISIS militias maybe we can spare a few bombs for Iraq's Shiite militias also.

With today's manipulative, corporate mass media cartel we're used to getting just one side of any story and even that is often distorted and incomplete.  ISIS is a case in point.

Bloodthirsty and brutal as ISIS is, what do we hear about Iraq's government supported Shiite militias?  Judging by the latest report from Amnesty International, we've been left completely in the dark.

Shi’a militias, supported and armed by the government of Iraq, have abducted and killed scores of Sunni civilians in recent months and enjoy total impunity for these war crimes, said Amnesty International in a new briefing published today.Absolute Impunity: Militia Rule in Iraq provides harrowing details of sectarian attacks carried out by increasingly powerful Shi’a militias in Baghdad, Samarra and Kirkuk, apparently in revenge for attacks by the armed group that calls itself the Islamic State (IS). Scores of unidentified bodies have been discovered across the country handcuffed and with gunshot wounds to the head, indicating a pattern of deliberate execution-style killings.“By granting its blessing to militias who routinely commit such abhorrent abuses, the Iraqi government is sanctioning war crimes and fuelling a dangerous cycle of sectarian violence that is tearing the country apart. Iraqi government support for militia rule must end now,” said Donatella Rovera, Amnesty International’s Senior Crisis Response Adviser.

...The growing power of Shi’a militias has contributed to an overall deterioration in security and an atmosphere of lawlessness. The relative of one victim from Kirkuk told Amnesty International: “I have lost one son and don’t want to lose any more. Nothing can bring him back and I can’t put my other children at risk. Who knows who will be next? There is no rule of law, no protection.”Among the Shi’a militias believed to be behind the string of abductions and killings are: ‘Asa’ib Ahl al-Haq, the Badr Brigades, the Mahdi Army, and Kata’ib Hizbullah.These militias have further risen in power and prominence since June, after the Iraqi army retreated, ceding nearly a third of the country to IS fighters. Militia members, numbering tens of thousands, wear military uniforms, but they operate outside any legal framework and without any official oversight.“By failing to hold militias accountable for war crimes and other gross human rights abuses the Iraqi authorities have effectively granted them free rein to go on the rampage against Sunnis. The new Iraqi government of Prime Minister Haider al-Abadi must act now to rein in the militias and establish the rule of law,” said Donatella Rovera.“Shi’a militias are ruthlessly targeting Sunni civilians on a sectarian basis under the guise of fighting terrorism, in an apparent bid to punish Sunnis for the rise of the IS and for its heinous crimes.”At a checkpoint north of Baghdad, for instance, Amnesty International heard a member of the ‘Asa’ib Ahl al-Haq militia say: “If we catch ‘those dogs’ [Sunnis] coming down from the Tikrit area we execute them…. They come to Baghdad to commit terrorist crimes, so we have to stop them.”Meanwhile, Iraqi government forces also continue to perpetrate serious human rights violations. Amnesty International uncovered evidence of torture and ill-treatment of detainees, as well as deaths in custody of Sunni men detained under the 2005 anti-terrorism law.

So, let's get this straight.  We're going to save Iraq from ISIS for what exactly? Is it to clear the path for a rampage of sectarian retaliation by the Shiite government in Baghdad and its unofficial forces?

Why are we falling into lockstep with the Americans?  They "broke" Iraq when they toppled Saddam.  It was their responsibility, as the official "Occupying Power", to remake Iraq.  What did they do?  You might remember the spectacle of America's pro consul, Paul Bremer, signing the documents handing Iraq back to its interim government and then hightailing it to the Baghdad airport, flying out before the ink was dry.

It was years of American tolerance of Nouri al Maliki and his Shia death squads that prepared Sunni Iraq to turn to ISIS.  It was the sheikhs and princes of Saudi Arabia, Kuwait, Qatar who raised, funded, armed and trained the Sunni militia that would become ISIS.  They're the same bunch who will raise, fund, arm and train the Sunni militia that will carry on the war against the Shiites after ISIS. Presumably we'll wind up having to bomb that outfit too.

who bought the nifty uniforms ?
who gave them the arms ?
As a sometimes deer hunter I know what I pay for ammunition ,at least a dollar for each slug .
Follow the money .

It's beyond curious that no Western leader has uttered a peep about how ISIS was raised, armed, trained and funded.

This, to me, seems to be an obvious proxy war - Sunni v. Shiite, Riyadh v. Tehran - and we're getting sucked in.