Enjoy the Autumn. Winter is Shaping Up to be a B 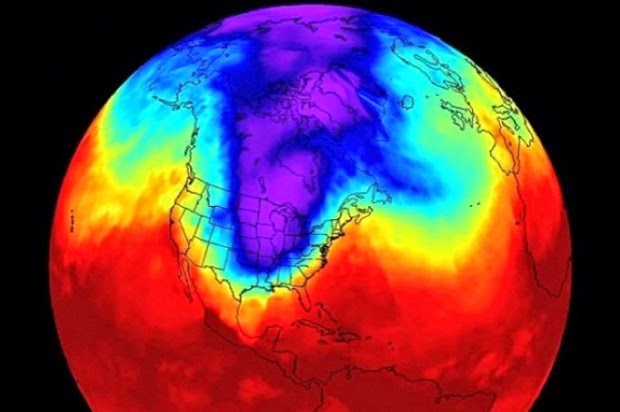 Climate change can be cool.  It can also be damned cold, icy and frigid.  You know, you easterners, the Polar Vortex you endured last year.

Well, guess what?  You're getting another one this year.  Or, as my old great aunt used to say, "shit, oh dear."

No, seriously, you're in for another Polar Vortex winter.


AccuWeather reports:  Cold air will surge into the Northeast in late November, but the brunt of the season will hold off until January and February. The polar vortex, the culprit responsible for several days of below-zero temperatures last year, will slip down into the region from time to time, delivering blasts of arctic air.
So, to you easterners, you need to understand that this is not a problem that is going to go away or even not worsen substantially until you begin to think less about your party affiliation and a lot more about starting to vote for a party that puts this issue front and center on their agenda.

It's the last really progressive thing to do.

You get your information from Accuweather? How about Scientific American?
http://www.scientificamerican.com/article/frigid-polar-vortex-unlikely-to-repeat-this-winter/

Accuweather is just one source, Anon. There are several. We haven't seen any significant El Nino (ENSO) develop. Had it appeared as expected I think a polar vortex winter would have been more unlikely.