The Lethal Cult of Growthism 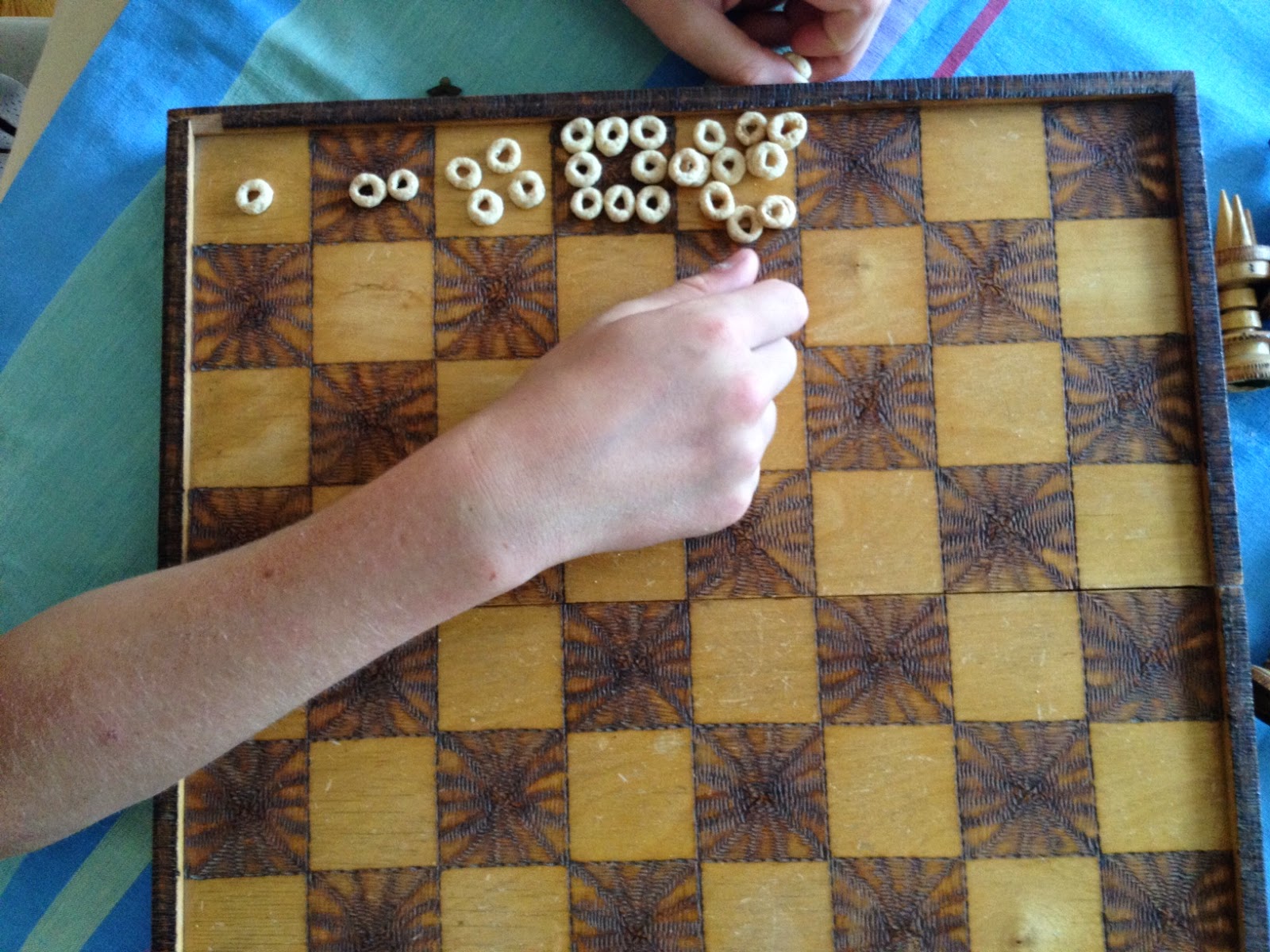 Even though the political spectrum has been compressed into the hardtack of neoliberalism there remain at least notional differences between left, centre and right in our national body politic.  Yet if there is one reason for us to reject the lot of them, it's their obsessive embrace of perpetual, exponential economic growth.

Canada's political parties, or the tattered remnants that we know today as Conservative, Liberal and New Democrat, are merely following a "it's the economy, stupid" script that guides the political leadership in most, if not all, Western countries.  The Guardian's Zoe Williams explores growth-focused politics in Britain and you may find what she has to say applies very much to Canada.

The big idea of the three main parties is the same: not capitalism, or neo-liberalism, or social democracy – but growthism. This term was coined by the author Umair Haque to describe the pursuit, above all other things, of economic growth. Never mind who it benefits, who gets left behind or what it destroys; never mind if its practices are unfair or unsustainable: if the numbers go up, everyone is happy, and if they’re not happy, give them a tax break.

If they’re still not happy – maybe because they don’t earn enough to warrant a tax break – dismiss them as failures (if you’re a Conservative); boost their income with money borrowed from somewhere else (if you’re Labour); or promise to raise taxes on the rich by trivial amounts, knowing this is a promise you’ll never be called upon to keep (if you’re a Lib Dem).

Many ordinary people hate growthism: from the doctors heckling Jeremy Hunt at the Royal College of GPs last week, to the midwives going on strike for the first time in their 133-year history; from the Ukip voters who blame it all on the EU, to the Mumsnetters who just want politicians to be people with “authenticity”. They hate it not because it’s rightwing or leftwing, not because it lets in too many foreigners or creates inequality, but because it is not a worthwhile endeavour in itself. It’s just not worth the candle.

...Green party membership is up 45% this year, over 20,000 for the first time – Natalie Bennett, the party leader, highlights a surge in Young Greens of 100% since March. But if the Greens haven’t captured the whole of the progressive side, it is because they are seen to answer only half the problem. As illustrated by the political pressure group Compass and the thinktank New Economics Foundation, current politics fails, and will always fail, to meet two challenges: climate change and inequality.

I have watched in dismay as the party I once supported gradually, over a period of years, parted company with its progressive element and their once recognized values.  Even as I disengaged from my former party I was shocked to see the New Democrats also slip their moorings in a shameless quest for power at the expense of principle.

If you listen to them now they sound like three parrots sharing a shit-stained perch, squawking endlessly "growth, growth, growth."  They're oblivious to the very world we live in and the changes that are rapidly overtaking us.  They're incapable of meeting the challenges that beset the lives of most of us.   Harper used to smear Ignatieff, claiming he was in it for himself.  They all are - Harper, Trudeau and Mulcair - and that's why we must accept at some point and sooner rather than later, that we have to get free from this political caste.

At this point it might be useful to repost a YouTube video clip from the past of David Suzuki giving a useful explanation of why exponential growth of the sort cherished by our political class is, in a word, suicidal.

Only if GDP keeps growing indefinitely will we be able to manage our massive, growing debt loads.

That is why the idea of a steady-state economy would give some people a conniption fit.

As you might know, Hugh, I'm a committed believer in steady state economics. That's a topic that came up in a post Sunday about Noah's Ark and some of the tough choices facing mankind if we're to survive.

We're going to transition into some form of steady state arrangement, not because we want to but because it eventually becomes the default option when there's not enough of the essential things to go around.

Unfortunately, for us, if we resist the transition the form of steady state we wind up with could be rather oppressive. That's one reason why we have to begin seeing our political caste clearly for what they are and everything they aren't.

10 points if you can point out why Krugman's argument is a red herring (hint: Jevon's Paradox). I'll be writing a rebuttal to his "point" on my blog.

Thanks, Richard. I'll look forward to reading your thoughts.

You can listen to this program on CBC.ca/ideas from October 1, 2014. I've mentioned this on your blog in the past Mound. It was found while living in South Korea.
The degrowth movement is a relatively new contender in the economic and political debates that swirl around humanity's future. Degrowthers believe we need a more modest and sane alternative to the constant pressures of expansion that are destroying the ecological basis of our existence. Author and essayist Richard Swift explores the degrowth alternative, in theory and in practice.

Participants in the program:
Éric Pineault teaches sociology and economic sociology at the Université du Québec à Montréal, UJim Merkel, author of Radical Simplicity, Small Footprints on a Finite Earth, published in 2003. He now lives in a yurt near Belfast, Maine, and is building his own home from local materials.
Bob Thomson is an Ottawa degrowth advocate, who helped organize the international degrowth conference in Montreal, in 2012. He has a background in engineering, and has been involved in international development, fair trade, and environmental issues for 45 years. He also volunteers at Can Decreix in southern France.
Joan Martinez Alier, one of the founders of modern ecological economics. He teaches ecological economics at the Autonomous University in Barcelona. He provides the intellectual underpinnings for Europe's nascent degrowth movement.
QAM. He spoke at the degrowth conference in Montreal in 2012.
François Schneider, from France, organized the first Degrowth conference in Paris in 2008. He founded Can Decreix, in the south of France
Filka Sekulova, from Bulgaria, is a veteran environmental activist and an advocate of degrowth. She has been associated with Can Decreix since the beginning.
Federico Demaria is an economist from Italy. He is one of the founders of the Barcelona based group, Research and Degrowth.
Carolina Zerpa, from Venezuela, works at the Integrated Catalan Cooperative, in Barcelona. The Cooperative was started as a degrowth initiative.
Tatiana is from Argentina and works and lives at the eco-industrial project called Calafou, a couple of hou


The degrowth movement is a relatively new contender in the economic and political debates that swirl around humanity's future. Degrowthers believe we need a more modest and sane alternative to the constant pressures of expansion that are destroying the ecological basis of our existence. Author and essayist Richard Swift explores the degrowth alternative, in theory and in practice.

Participants in the program:

Jim Merkel, author of Radical Simplicity, Small Footprints on a Finite Earth, published in 2003. He now lives in a yurt near Belfast, Maine, and is building his own home from local materials.

Bob Thomson is an Ottawa degrowth advocate, who helped organize the international degrowth conference in Montreal, in 2012. He has a background in engineering, and has been involved in international development, fair trade, and environmental issues for 45 years. He also volunteers at Can Decreix in southern France.
There are others including South America on this site.

I think they're keeping interest rates low, desperately trying to grow the economy.

What the economy really needs in order to grow is abundant, cheap energy, which doesn't seem to exist anymore.

Here it is Mound: http://www.canadiantrendsblog.ca/2014/10/infinite-exponential-growth-religion-of.html