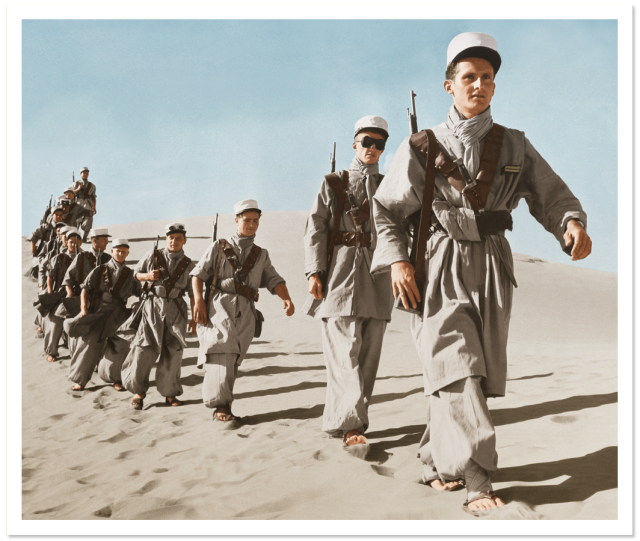 Perhaps the ultimate legacy of the Bush/Cheney regime was the militarization of America's foreign policy by which the use or threat of military force came to displace diplomacy as the principle instrument of foreign policy.  That Canada should succumb to this same contagion is as lamentable as it is inevitable in the era of neoliberalism.

Canada's militarized foreign policy could be summed up as, "we march to the sound of the guns."

The nature of the war doesn't much matter.  We don't waste effort on the merits of what we're getting into, the objects we seek to attain or even how we'll get out of it and when.  Those questions are irrelevant when you enlist in the Global Hegemon's Foreign Legion.

Ours is not to reason why, ours is but to do or die.  The difficult decisions we leave to others as we send our young men and women into harm's way.

The Americans have opted for air war in Iraq and Syria.  Britain is in.  So too is Australia.  We hear the sound of their guns and so we march.

The merits of the war we assume to be self-evident from the participation of all the others with whom we seek no more than to stand shoulder-to-shoulder.  What we may or may not accomplish doesn't matter.  We quest only to "degrade" the enemy.

Like good Legionnaires we're going, not to war, but into battle.  We'll do battle for six months.  At the end of that we'll decide whether to continue doing battle.  Wars are conflicts with outcomes that result in an end of hostilities.  Battles can be waged forever without any terminal outcome.

This is what befalls nations that enlist in the Global Hegemon's Foreign Legion.

I don't understand why France and Germany jumped on the U.S's airstrike bandwagon so quickly. Both countries were adamantly against getting involved with the U.S. invasion of Iraq in 2003.
What's changed?

Harper was not requested to take a bigger role, in the war with ISIS. The US said, they did no such thing.

What is left for Harper to bomb? Will he pound the rubble into pebbles? It was said, bombing isn't working. ISIS just adapts to the situation. As in Afghanistan, they just blend in with the civilians and will regroup again and again.

@ Pamela. Germany is contributing humanitarian aid. An article in Der Spiegel suggests that the German armed forces are "in a mess." Of the Luftwaffe's 109, state of the art Eurofighters, apparently just 8 are capable of deployment.

thx mound, I just read today that Germany is providing humanitarian aid not combat Don't know why I thought otherwise. It was an article I read,but I may have misread it. Your article was really interesting. It shows there is a theme to Harpers foreign policy, militarization. It makes him predictable in future decisions. It would be pathetic if it wasn't so serious.

.. its no wonder that PM Harper avoids unscripted situations. There's no telling what will fall from his lips via a lizard tongue, dark mind.. and ass kisser writers of the PMO

More Chinchilla than Churchill ...
Canada goes to war.. or rather 600 or so.. go to war
and that's the historic or hysterical standing.. espoused by our prime minister.. Funny how this stuff gets remembered for posterity.. I wonder how he left out his fave words 'clear' 'fact of the matter' and 'paramountcy' .. but jammed in the, the, this, then, that, the.. what a loser ...