Will the Opposition Capitulate to Harper's Police State? 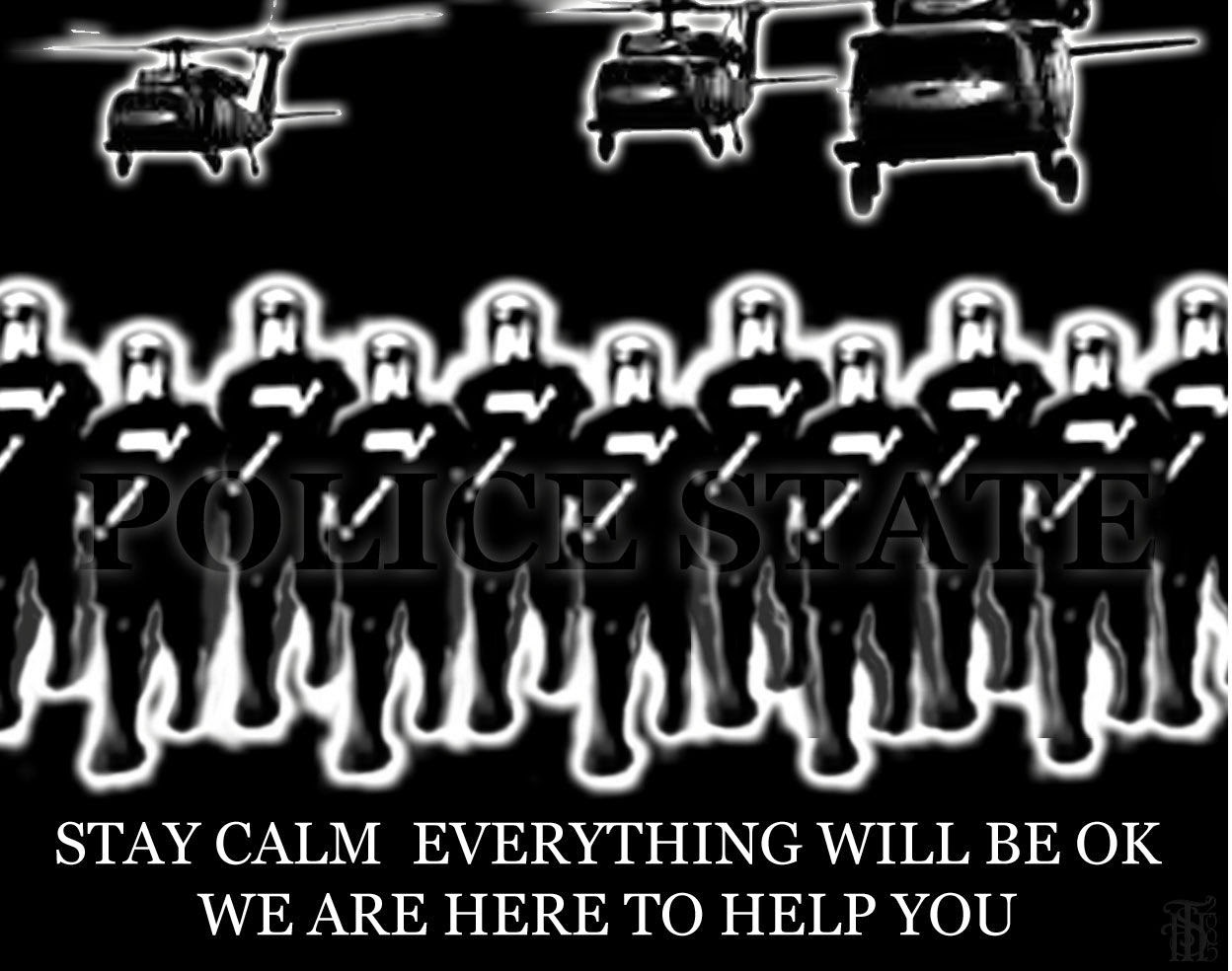 Steve Harper is taking a page, maybe a chapter, out of Dick Cheney's neocon playbook to exploit a couple of relatively minor incidents to plunge Canada into a deeper form of surveillance state.

A report in Foreign Policy magazine warns that Canada - the Canadian public, you and me - could be headed for NSA-style surveillance sooner than anyone imagined.

When Harper proclaimed that Canadians would not be intimidated by this week's killings he was lying through his teeth.  He's counting on Canadians being fearful and intimidated enough to let him shred our rights and freedoms in the name of national security.

The measures that Harper wants enacted aren't strictly targeting terrorists, domestic and foreign.  They're multi-purpose powers that could as easily be used by the unscrupulous against opponents and dissenters.

You need to ask yourself whether you want these powers vested in Stephen Harper.  You've only had 8+ years to observe how deceitful, manipulative, how secretive this lowlife can be and is.  You know that he rejects all notions of accountability and transparency, the bait he used to lure voters into trusting him to govern.  This is a man less principled than any we've had in Sussex Drive.  He even considers himself and his government above the law, a law unto himself.


"This may be just the start of souped-up spy legislation, not the finish," said Colin Freeze, a reporter with the Globe and Mail who has written extensively about Canada's shadowy signals intelligence agency, the Communications Security Establishment Canada, which is the counterpart to the American NSA.

...But in light of the shooting, as well as another attack this week in which a suspected Islamic radical drove his car into two Canadian soldiers, killing one, the proposals look to fall on more receptive ears in parliament. The members who may soon be voting on expanding the powers were among those hiding in their offices as the gunman ran through the halls of Canada's lawmaking body.

As the Globe's reporter, Freeze, puts it, this may be just the start of Harper's designs.  He'd like nothing better than to roll Canada back to the days of 9/11 and reinstate the panic-fueled measures, including secret trials, that we succumbed to back then.  The tragic killings of this week may be Harper's Reichstag Fire.

Unless our opposition MPs drag themselves out from under their desks, unlock their office doors and stand up for Canada on this one, you have very little to hope for from Ottawa.  If they roll over now chances are they'll roll over the next time Harper comes knocking, demanding new powers.

It's time that progressive Canadians listen to Elizabeth May.

I'd be very surprised if Harper didn't ram some more of this shit through. The events of the last few days was like a wet dream come true.
Whether the opposition parties agree with it or not, it will be rammed through as the Conservative MPs haven't the balls to do anything other than to do as they are told. Representing constituents doesn't come into it. Nothing Harper has done during his tenure in Ottawa says otherwise.
I despair for Canada.

I fear you're right. Sigh.

What would one expect from another Straussian (Harper) but to follow in his (Cheney) footsteps when opportunity permits? And I also agree with Inse about the inevitability for this, regardless of the actions of the Opposition parties at this point by virtue of the reality of our system of government. I would though hope that even if they feel they have to do so carefully the LOO and Lib leaders plants markers to be brought out in the election campaign after the initial emotional roller coaster of this week has passed to show just how abusive these powers Harper sought/grabbed were, and this is one more reason why he must be removed from power immediately.

This was a sad week for those of us that feared Harper ever getting an excuse for ramming through such legislation with any moral justification. Given how extensively he has abused the powers of government for partisan purposes as it is with formerly arms length institutions like Revenue Canada and the redefining of who is a threat to this country to include environmentalists, seeing such expanded multi-use surveillance powers and worse potentially, powers of arrest without proper legal basis/oversight as we historically understand the concepts should be frightening to all those who know they are not a part of the Harper army (and even members of that army should fear given the ease with which Harper throws his own under the bus whenever they no longer serve his purpose or worse cause him problems of any sort).

I've been refraining from commenting much this week because of health issues, I had a minor surgery which took it out of me Tuesday. I'm hoping that by next week I will have recovered enough to have a larger presence again in this most important and serious of discussions, and to hopefully help maintain sanity around issues such as these (although given the record of the past decade as a Cassandra, hopeful I am not, but one must try nonetheless).

Have as good a week-end as you can.

The Harperites are simpletons merely doing the bidding of their oligarchical masters. The oligarchs feed them money and cookies to ensure that they destroy Canada. A broken Canada will give them unfettered access to the natural resources.

I doubt that Elizabeth May or anyone else can save us from that outcome. But we can always hope.

Anon, if we're to be saved we can't expect Elizabeth May to be our salvation. That's something we have to take into our own hands.

It truly was a minor procedure, but the inevitable penalties from a general and then the initial healing afterwards is taking its toll on a body with the limited reserves mine has between age and my original health issues. Nothing to worry about, and I do thank you for your consideration. I'm just being prudent in not letting myself get too worked up while at such a point, over the decades I have learned that it is a necessary reality for me, despite my wanting to be out there as much as possible given how serious our current political dialogue needs to be.

Anyway, I will do my best and see you all around the the net as time and strength permits.

Even though Harper and his gang will ram this legislation through , the liberals and NDP opposing it will at least shine a light for Canadians on what this legislation really means for our freedoms. Unfortunately I think neither the Liberals nor the NDP have the guts!