Funny How We Choose Who We'll Fight and Who We'll Coddle 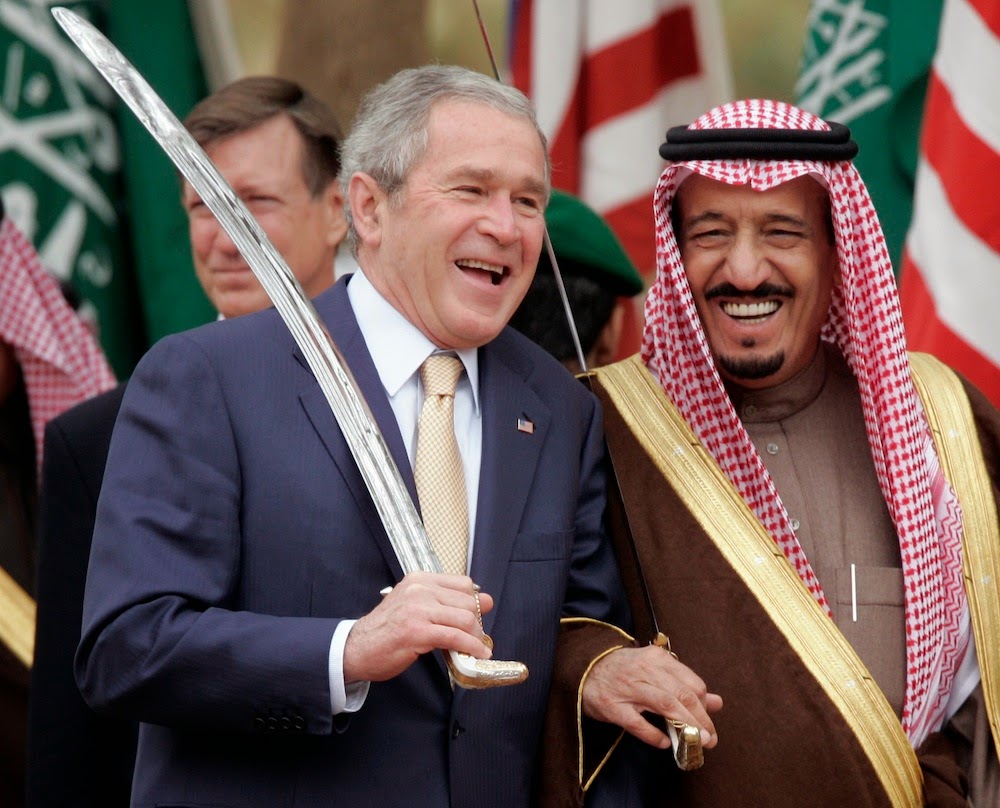 ISIS is known for atrocity.  They're murderous swine, real butchers.  But, as CBC's Neil Macdonald reminds us there's a world full of their type, real pros, and we don't give a damn.


Back in July, Barack Obama signed an executive order punishing anyone responsible for some of the hideous excesses of the Congolese civil war.
Hardly anyone noticed Obama's order. But for the record, the people it targets have reportedly committed: mass rape (of men and women, by rebels and government soldiers) often in front of communities and families, or forcing people to rape each other, as a weapon of war; inventive torture (forcing men to copulate with holes in the ground lined with razor blades, forcing women to eat excrement or flesh of relatives); casual and varied forms of murder (including firing weapons up women's vaginas); use of child soldiers; and ethnic cleansing.
The list goes on.
The Congo war has killed five million people, directly and indirectly, since 1998 — more than the wars in Vietnam, Afghanistan and Iraq put together, as one national newspaper here noted recently.
Obama's punishment for the culprits? Financial discomfort.
...The most charitable view is that national leaders tend to act on the fears and desires and preoccupations of their voters, and while ISIS has terrified Americans by beheading a handful of Westerners, nobody really cares what goes on in the Congo.
It's far away, in the middle of a continent widely perceived as dirty and savage, and the victims are all, well, black Africans.
Western politicians also take their cues from news outlets, and while editors don't like to discuss such things, Africa (along with a few other wretched parts of the Earth) barely makes the news menu, if at all.
A struggling baby panda in some zoo will easily knock an African genocide off the nightly newscast.
...But even within the Middle East, where brutality and savagery are often considered normal governance, ISIS has assumed a special status as evil incarnate.
Yes, ISIS has carried out beheadings, often for apostasy, which in ISIS's book means not following its deranged interpretation of Islam.
But so has the Kingdom of Saudi Arabia, whose princes walk hand in hand, sometimes literally, with American presidents, and are welcomed in the society salons of Georgetown.
The Saudis have beheaded 46 people so far this year, including 19 in the first three weeks of August. Like ISIS, the Saudis favour public beheadings, and have sometimes strung the decapitated corpses up to rot in public.
Grounds for beheading in Saudi Arabia include sorcery. Seriously, sorcery.
And, of course, apostasy. (The Saudian Arabian version of Islam, Wahabbism, isn't all that different from the ferocious ISIS interpretation.)
...Which probably brings us to what's really at issue here: oil.
The Saudis have lots of it, and as long as they're willing to be good fellows and keep selling it on the open market, well, their virulent extremism is just the religious quirk of a close and valued ally.
ISIS, meanwhile, made the gross error of beheading some white people, and has taken over oil refineries, and sold the oil, and threatened the order of things, and there are few crimes more serious than that.
So, to war? Again?
Update:  Michael Harris offers a great insight into how Stephen Harper is conning the Canadian people on ISIS and our mission to Iraq.

Harris notes, as others have documented, that ISIS is just one extremist group that traces its origins back to surreptitious funding from Saudi Arabia, Kuwait and Qatar.  Our double-dealing supposed allies are said to have funded an entire nest of vipers.  This raises the question of who's next if we ever succeed in destroying ISIS?

It's common wisdom that the only way to kill a snake is to cut off its head.  In this case the head resides in the palaces of Qatar, Kuwait and Saudi Arabia.  We seem unable to find enough targets worth bombing in Iraq.  Maybe we ought to put our bombs where they can do some real good.