We Haven't Had This Much Fun Since the Cold War 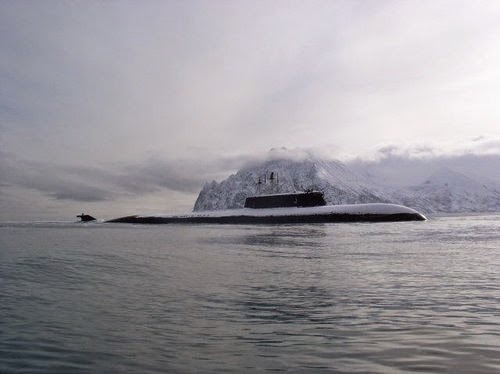 Sweden's armed forces are hunting for a mystery (i.e. Russian) submarine in waters off Stockholm.

"We have begun an intelligence operation ... involving ships, helicopters and several ground units," Commander Jonas Wikstroem told reporters, adding that the operation was based on a tip-off from a "credible source."

Wikstroem did not specify how close the operation was to the Swedish capital but said that the military was informing the public as the area is "heavily trafficked.

In recent months, Swedish media have reported an uptick in Baltic Sea maneuvers by the Russian air force, including a close encounter between a Swedish spy plane in international airspace off Russia's Baltic Sea coast.

"As the government has said, the situation has deteriorated in the Baltic Sea," Wikstroem said, adding that no weapons had been used in the current operation.

At the height of the Cold War, Soviet submarines were regularly detected in Swedish waters.
Posted by The Mound of Sound at 1:46 PM