Canada to Iraq. The Aerial Equivalent of Coals to Newcastle.

Stephen Harper wants Canada to take the war to ISIS.  Why?  Because in Beelzebub's overworked imagination such a thing would be not merely necessary but, gee whiz, noble.

That's "noble" as in upstanding, high-minded - not in the context of some hereditary, aristocratic status.

So, let's work from that - from noble and necessary.  Let's begin with necessary because that sheds some light on the noble question.

We're already finding, as is common in these grubbly little conflicts, that our side is running out of targets.  You send up strike fighters loaded for bear, you had better find some bear because unleashing all that high-tech mayhem on the random rabbit is not really necessary or desirable or useful.

The Brits conceded as much when their first five ground attack sorties ended with the aircraft returning to base with their bombload intact.  Later the Brits did show the now-obligatory video of a precision munitions attack on what looked for all the world like an AMC Pacer. 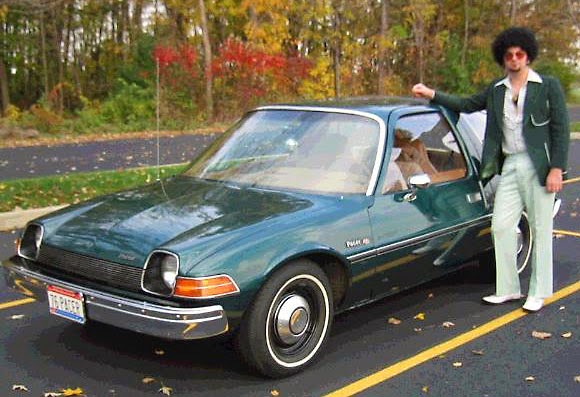 The strike was a complete success at least in as much as it disintegrated the vehicle and its leisure-suit clad occupant with it.  There's a threat we'll never have to face again.

If the Americans and Brits are reduced to squandering extremely expensive ordinance on vehicular junk, explain how Canada's involvement is necessary.  In fact it's so unnecessary that Harper had to spin a lie about being asked by the Americans to join in.  The Americans never asked us.  We asked them.  The Americans aren't suffering from a lack of warplanes.  They've got their own. They've got the Brits.  The Aussies are putting up a dozen.  Our Arab allies (pretty much the same guys who funded these Islamic extremists from the outset) are lining up to fly missions against ISIS.

Necessary?  Hardly.  Besides isn't our current mission keeping the Baltic skies swept of Russian intruders so that Putin won't make a grab on Latvia, Lithuania or Estonia?

As for noble, did you find anything noble in that video clip?  Washington jumped in, not because it was the noble thing to do, but because it had created the conditions for this very sort of uprising by tolerating the Maliki regime's excesses for so many years.  Noble connotes a grand vision, real altruism. There's no great vision here.  Obama doesn't know what else to do. He doesn't have a plan, no grand strategy.  He's playing it by ear and keeping his eyes on the polls for the rapidly nearing mid-terms.

In a nutshell, sending CF-18s somewhere (probably Iraq) to join the aerial armada already hanging around under-used, really is sending coals to Newcastle.

And don't forget that in the Muslim world's mind, Harper and Trudeau's Canada is a country that will drop to its knees at the first glimpse of Netanyahu's inseam. I'm not sure our presence would be welcome in any Arab country.

I haven't yet written about this subject Mound because it is just so immeasurably frustrating. And I have been biding my time in the far-fetched hope that the Liberals would oppose whatever useless, cowboy escapade that Harper undertakes. However, whatever I haven't said, you have made eloquently clear here. Thanks.

I do not believe much anymore, but I do believe we put a man on the moon.

.. its bizzare just contemplating how the Harper strategic brain trust may stumble along. And without insight from Peter MacKay, now tied up with Justice and enforcing the law with sex workers and johns

Is the Royal Canadian Navy invited to Harper's War Room? Submarines hardly useful in Iraq. Did we get that retired Yankee gunboat or supply ship Harper rented? Or is that going to happen after the surplus budget, like just about everything else.

Can Laureen be leveraged againsy ISIS? Perhaps Gail Shea could just frighten the jihadists off.. she certainly scares me.

So Ray Novak and Pudge (Stephen Harper) sit in the War Room with a map of the world or Saskatchewan and what.. Paul Calandra takes notes? What is at the top of their list? Payloads? Catching rides on the Supply Chain? Getting fitted for winter camo flak jackets with CANADA on back and front?

Realistically, these buffoons can't manage simple diplomacy or keep their stories straight.. and their caucus leaks to the press. The Royal airmen or aviators or Royal Temporary Foreign Flyers can hardly be impressed. Will someone remember to book courtesy mid air American refueling enroute from Newfoundland?

This is where Canadians discover that Dishonor is Stephen Harper's specialty. Evasion and obstruction his trademark strategies. He's been practicing for this moment by attacking the environment, the Canadian Constitution, military vets and pensioners. All Hail the great white warrior

I don't know whether to applaud or vomit or both:

"a country that will drop to its knees at the first glance of Netanyahu's inseam."

OMG, it's amazing how much we have truly fallen.