That'll Be the Day When Pigs Swim 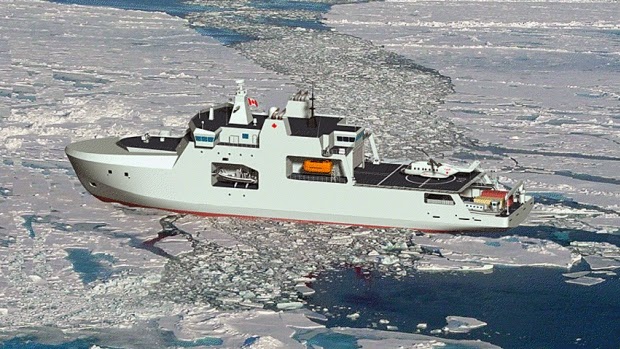 Everyone knows, deep down, that pigs can't fly but we may discover that pork floats just fine even in Canada's Arctic waters.

Stephen Harper would have us believe that he's all about the Arctic.  He can't get enough of the place.  Visits every summer.  He's especially fond of watching the local Rangers fire their WWII-vintage Lee Enfield rifles at imaginary Speznatz storm troopers, a powerful demonstration of Canadian sovereignty.

Steve will also tell us of the perils of Vlad Putin's bomber patrols and those Russkie's schemes to grab the oil, gas and mineral-rich Arctic seabed right out of our fingers.  After all, that's why Sideshow Steve promised that Canada would deploy eight, or at least six, Arctic patrol ships.  Real Made-in-Canada warships courtesy of Nova Scotia's Irving Shipyards.

Yes, that Irving.  The same bunch that run most of the media plus the oil refineries, lumber mills and just about everything else that, to mega-millionaires, is worth owning in the Maritimes.

From the get go the Arctic patrol vessel programme has, in standard Harper style, been short on details and long on doublespeak.  In May of last year there was a kerfuffle about then defence minister Peter MacKay's "hole in the ocean" when it was announced that the federal government would pay Irving $288-million just to design - not actually build - the patrol vessels.

What made the Harper government's largesse especially jaw dropping was that Canada was basically going to build ships (see above) along the lines of a Norwegian design which the feds had already purchased from the Norse for just $5-million.  It got worse from there when it emerged that Norway had built the original, Svalbard (see below), for under $100-million all in, design included.  It got even worse when it was learned that Denmark bought two similar patrol vessels in 2007 at $105-million for the pair.


When CBC went after MacKay/Ambrose brain trust for explanations, Rona Ambrose went full Michelle Bachmann and said speak to her officials who, in turn, couldn't explain it.  ...Ambrose got completely spinney, babbling on about the new, Conservative way of designing ships.

"We are implementing what's called a design and then build strategy," the minister told CBC News.

Not surprisingly, Ambrose was unable to cite any other country that fails to design first and build later.  At that point reporters were interrupted by government media handlers who cut off further questions.

Flash forward a year and a half.  The numbers still don't add up.  If anything, they're worse.  The budget for those Arctic patrol vessels is now $3.1-billion. That's right, with a "B".  And, according to the Parliamentary Budget Officer, Jean-Denis Frechette, we won't be getting the promised 8-patrol vessels for that money.  We won't even be getting six.

Frechette said that's only enough money to pay for four Arctic patrol ships - and even then, there's only a 50 per cent chance the vessels get built on that budget.

The PBO went on to warn that, if the project is delayed for more than a year, we might be lucky to get three patrol ships for that.  In other words, about a billion apiece for the same ships everyone else can build for under $100-million per copy.  That's ten times more, on the nose, than everyone else is paying for similar patrol ships.

This iteration of a government naturally disputes Frechette's conclusions, arguing he got the data all wrong.  Frechette responded that any inaccuracies were the result of Harper & Company, true to form as we've seen so many times before, refusing to give the PBO information needed to do their work.

Now it turns out that, two days before Harper Enterprises inked the deal with Irving Shipyards, it received a consultants' report questioning Irving's numbers.

The report, by International Marine Consultants of Vancouver (IMC), ...commissioned by the Department of Public Works ...says the number of man-hours quoted by Irving Shipbuilding of Halifax was 'very high and considerably more than we would have expected for a shipbuilding program for vessels of the size and complexity of the [Arctic offshore patrol ships].' 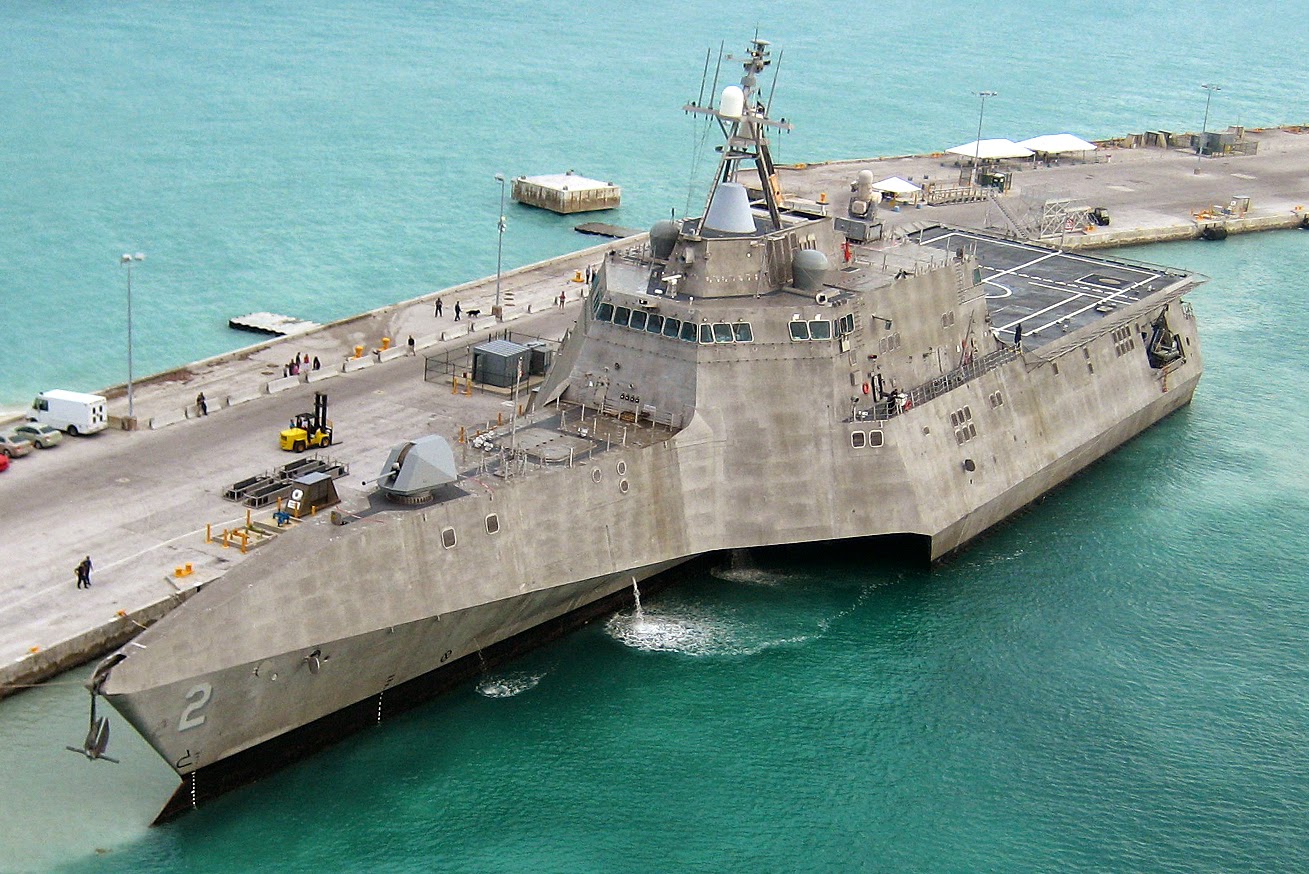 To put the Arctic offshore patrol vessel fiasco into perspective, it might be helpful to compare costs with those being incurred by the US Navy for its state-of-the-art,  armed to the teeth, littoral combat ships.  While designed for different roles and, hence, not fully comparable, the USN is getting the LCS for under $470-million apiece and it's a genuine warship. 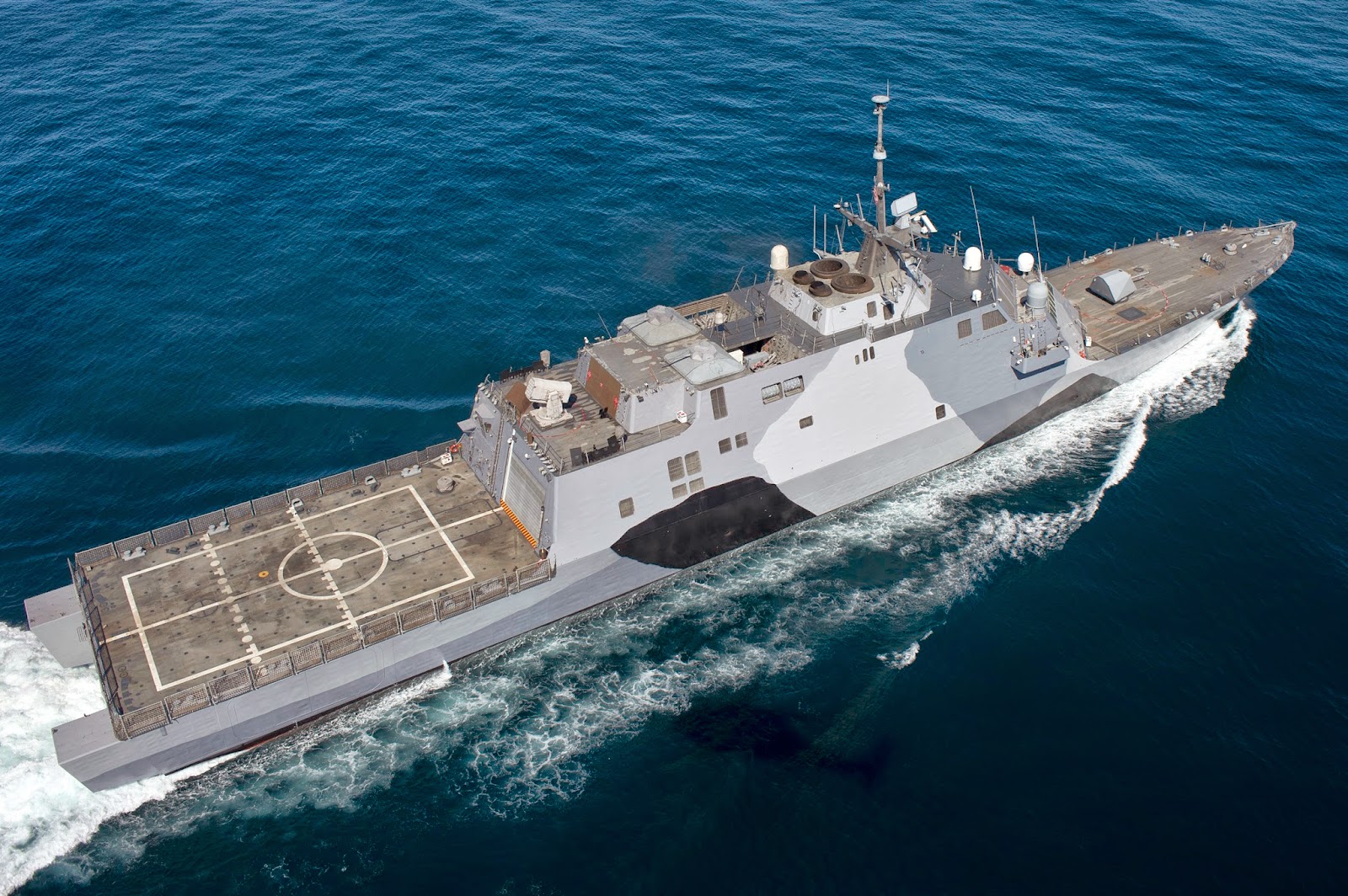 And now, a video depiction of the Harper government's amphibious defence spending policy:

Hemingway wrote an allegory in which he asked a Havana official when the aqueduct would be finished. The reply was that the city could always float another bond to bring water to the city and spend the money as it liked. Why kill the golden goose? Hemingway could have been talking about military spending. The public can easily be persuaded that we need more money for defence and so it goes.

Why do we never hear about this stuff from the so called Canadian Taxpayers' Federation?

Might as well just float a tonne of money on a barge into the middle of a bay, any bay, and then sink it.

I smell a scam in all this. Hundreds of millions of dollars shouldn't just be disappearing into thin air whilst building these ships. Someone's profiting, somewhere.

No wonder they are so desperate to win the next election. They are afraid of what will come out when they are gone.


@ Toby At one point MacKay let slip that most of the initial $288-million,he at first said was for design, was in fact a cash contribution to allow Irving to update its shipyard. In other words Irving gets a dandy new, updated shipyard on the public dime. That pretty much admits of a no-competition, single-source contract where the supplier gets to write his own deal.

Shipbuilding in Canada is a curious business where the government is concerned. BC has to get a cut. Quebec gets a big chunk of the pie and then there's Irving.

Troy, you're right. This doesn't add up. They can dispute the PBO numbers all they want but they can't argue about the overall contract price - $3.1-billion - nor can they deny that everyone else, everyone, manages to design and build these ships for under $100-million a pop.

The independent consultant's report speaks for itself. The numbers don't add up. It suggests that Irving is padding the bill.

This could be the Tories' Sponsorship Scandal writ large - very, very large.

Given that "John Wayne" Harper has already trimmed the defence budget to under 1% GDP (it was 2% under Pierre Trudeau) this sort of profligate pork-barreling is bound to have a hefty impact on Canada's defence posture.

The navy hasn't been at such a low state of readiness since before WWII thanks to the loss of one of our two remaining replenishment ships and our aging destroyers that now must be mothballed. Then there's those damned, money-sucking, obsolete, useless subs.

A lot of the army's equipment is clapped out from Afghanistan and they're not getting re-equipped.

Then there's the time-expired air force. The CF-18 (a Trudeau buy) are nearing the end of their service life. Crews are having to cannibalize museum exhibits for parts to keep our vintage Hercules search and rescue fleet airborne.

Where is Harper going to get the $100-million+ dollars a pop (without engines) to stock up on the F-35? Actually he's not stocking up. He's only buying about 60 in total. To put that in perspective, the Netherlands concluded it needed 85 to defend its airspace and Holland is comparable in size to Vancouver Island.

Given all these realities then, yeah, the Irving deal stinks.

@ Anon. I suspect you're right.

What the hell is going on at PWGSC? And why isn't the opposition hammering the government on this sheer nuclear-grade incompetency? I'm a conservative, I think that there are plenty of reasons to criticize the government, and this is an excellent one.

I happen to know that the government procurement process is a mess, the bureaucrats who look after it don't understand it, and the government has done absolutely nothing, worse than nothing but I'll get to that in a moment, to train, or streamline the process.

In part, I can see how buying such hamstrung patrol ships ends up being so expensive because government procurement is almost impenetrable, but at the same time, I can't understand why the Conservatives have done nothing about it!

In fact, when the Senate expense scandal broke, some people employed by the government immediately understood that the sitting government would do nothing about the Senators, but they'd had more paperwork, which wouldn't deal with the problem, to the people responsible for handling travel claims. Indeed, this is exactly what happened. They made the clerks fill out more forms, while for all we know, the Senators are still running up ridiculous bills at taxpayer expense.

The opposition should be demanding that they train the people responsible for government procurement properly. On this, the government has had 9 YEARS, and what training is available, is terrible. In fact, it's basically non-existent.

Where's the opposition? Why isn't this an issue, when it would actually improve things for everybody, and save money?