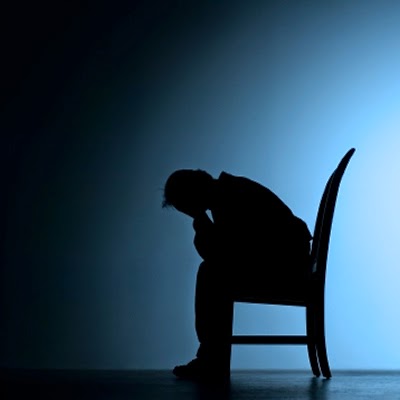 I received an e-mail recently from a woman who said she was weaning herself off environmental activism. She was burned out.  The fight had just taken too heavy a toll on her so she was hanging up her spurs.

It made me revisit a couple of conversations I've had with climate scientists. When, as strangers, you first meet they're lively and full of encouraging remarks about how "we can still win this."  Eventually, when you get to the point of small talk over a couple of beers the tune suddenly changes to "we're so screwed."


Two years ago, Camille Parmesan, a professor at Plymouth University and the University of Texas at Austin, became so “professionally depressed” that she questioned abandoning her research in climate change entirely.
Parmesan has a pretty serious stake in the field. In 2007, she shared a Nobel Peace Prize with Al Gore for her work as a lead author of the Third Assessment Report of the Intergovernmental Panel on Climate Change (IPCC). In 2009, The Atlantic named her one of 27 “Brave Thinkers” for her work on the impacts of climate change on species around the globe. Barack Obama and Mark Zuckerberg were also on the list.

Despite the accolades, she was fed up. “I felt like here was this huge signal I was finding and no one was paying attention to it,” Parmesan says. “I was really thinking, ‘Why am I doing this?’” She ultimately packed up her life here in the States and moved to her husband’s native United Kingdom.

...From depression to substance abuse to suicide and post-traumatic stress disorder, growing bodies of research in the relatively new field of psychology of global warming suggest that climate change will take a pretty heavy toll on the human psyche as storms become more destructive and droughts more prolonged. For your everyday environmentalist, the emotional stress suffered by a rapidly changing Earth can result in some pretty substantial anxieties.
For scientists like Parmesan on the front lines of trying to save the planet, the stakes can be that much higher. The ability to process and understand dense climatic data doesn’t necessarily translate to coping with that data’s emotional ramifications. Turns out scientists are people, too...

“I don’t know of a single scientist that’s not having an emotional reaction to what is being lost,” Parmesan is quoted saying in the National Wildlife Federation’s 2012 report, “The Psychological Effects of Global Warming on the United States: And Why the U.S. Mental Health Care System is Not Adequately Prepared.” “It’s gotten to be so depressing that I’m not sure I’m going to go back to this particular site again,” she says, referring to an ocean reef she has studied since 2002, “because I just know I’m going to see more and more of it dead, and bleached, and covered with brown algae.”

Lise Van Susteren, a forensic psychiatrist based in Washington, D.C. — and co-author of the National Wildlife Federation’s report — calls this emotional reaction “pre-traumatic stress disorder,” a term she coined to describe the mental anguish that results from preparing for the worst, before it actually happens...

What’s even more deflating for a climate scientist is when sounding the alarm on climatic catastrophes seems to fall on deaf ears. “How would that make you feel? You take this information to someone and they say they don’t believe you, as if it’s a question of beliefs,” says Jeffrey Kiehl, senior scientist for climate change research at the National Center for Atmospheric Research in Boulder. “I’m not talking about religion here, I’m talking about facts. It’s equivalent to a doctor doing extremely detailed observations on someone and concluding that someone needed to have an operation, and the person looks at the doctor and says, ‘I don’t believe you.’ How would a doctor feel in that moment, not think, but feel in that moment?”
Posted by The Mound of Sound at 7:21 AM

A sobering tale indeed, Mound. I think anyone who cares passionately about an issue is bound to experience some of these effects; I'm sure you have, and I know I have as it pertains to the Canadian political landscape. There are times we may ask ourselves what the point is, when we realize that what we write and who we reach is minimal (at least in my case!) when juxtaposed against the larger scheme of things.

Usually, however, I snap out of it by asking myself a simple question. What is the alternative? I don't mean to sound especially noble, but fighting the good fight is better than doing nothing.

We are up against, the mine, oil, gas and the wealthy barons of whom, are bottomless pits of greed. Every time they line up at the trough and squeal for more money? Harper gives them another, $60 billion in tax reductions. Harper thieves from us to, give to the wealthiest outfits in the world.

Harper's religion, does not believe in climate change. So we are being subjected to, a religious belief.

What I would really like to know is? Why Harper isn't in prison as a traitor doing acts of treason, selling Canada to Communist China? They fouled their own country into a polluted wasteland and now China is suing and fighting to get into BC. No-one wants China on our Canadian soil, what-so-ever. Harper belongs in prison.

I sent the link to an environmental geographer I contact periodically. She replied that during her university studies, profs warned students they would experience this.