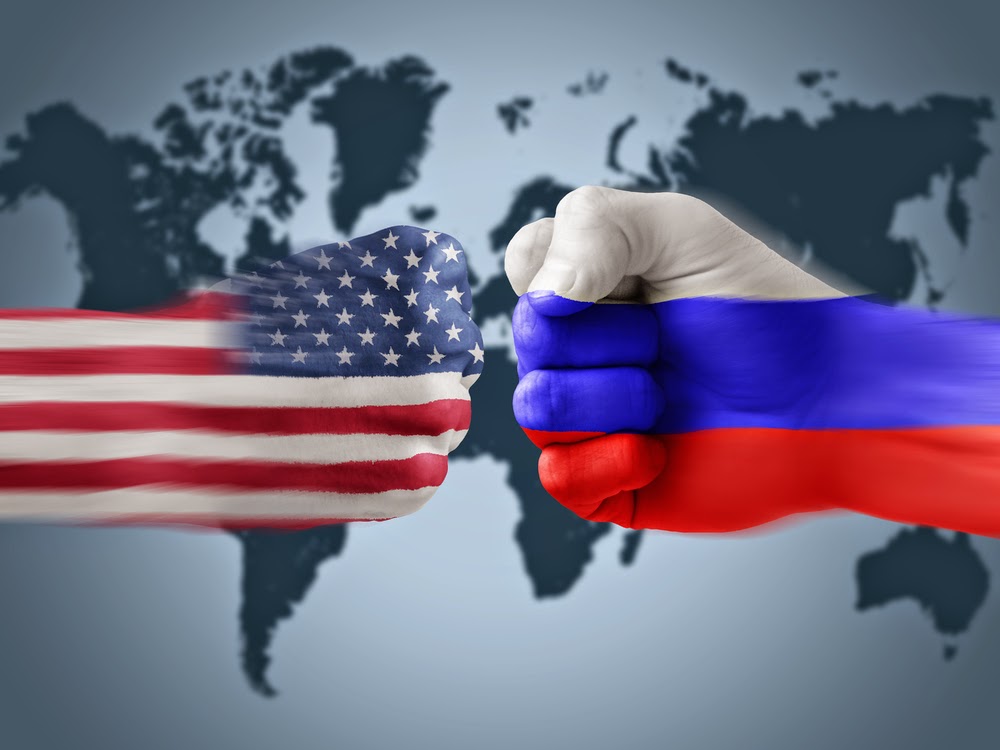 For almost a half century we, the West, and the Russians/Soviets poured mountains of money down the drain preparing for a war none of us would have survived had it come to that.

How many trillions of dollars were squandered on this global, nuclear make-work project?  What might we have accomplished with that vast fortune?

Make no mistake, that money was squandered.  Pissed away.  It didn't have to be that way.  With the collapse of the Soviet Union and the end of the Cold War, we could have taken a well-earned reward from the investment of all that money and all those lives.  We could have turned sacrifice into peace.

Lasting peace. It was ours for the taking. We could have implemented peaceful approaches to East Europe and Russia. That didn't happen. Instead we treated Russia as a vanquished foe.  As the Warsaw Pact dissolved, we eagerly snapped up its member states, brought them into the NATO fold, and marched triumphantly to Russia's very borders.

We said we were going to be peaceful, at least that's what we told Moscow.  But they've heard that from the West before and, instead, what they got was war. Napoleon, Hitler - real object lessons. 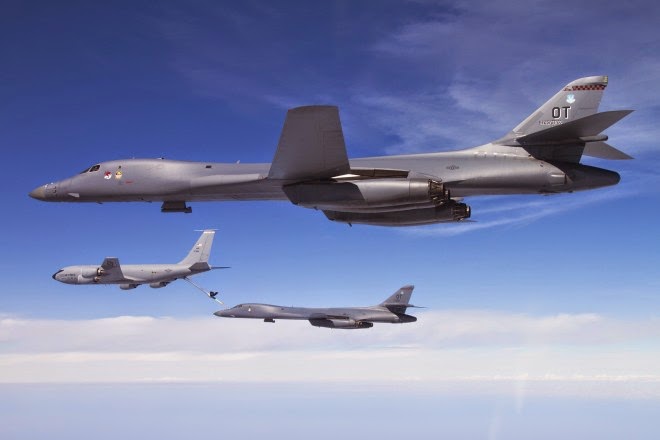 We said we wanted peace.  George H.W. Bush promised Gorbachev that NATO would not expand beyond the borders of a unified Germany.  They believed it. We lied. That sort of thing left scars and primed Russia for strongman rule.

We let Russia know we wouldn't hesitate to attack.  We even positioned anti-missile batteries on their borders with the unconvincing cover story that they were to protect Europe from an Iranian attack.  And all this stealth technology? It's aimed at two countries, China and Russia. It's intended to take down their sophisticated air defence networks to pave the way for their aerial subjugation. The Americans have even done full-scale dress rehearsals that revealed our willingness to strike without notice, pre-emptively if you like.  We've shown the Russians - and the Chinese - they need their own stealth squadrons. 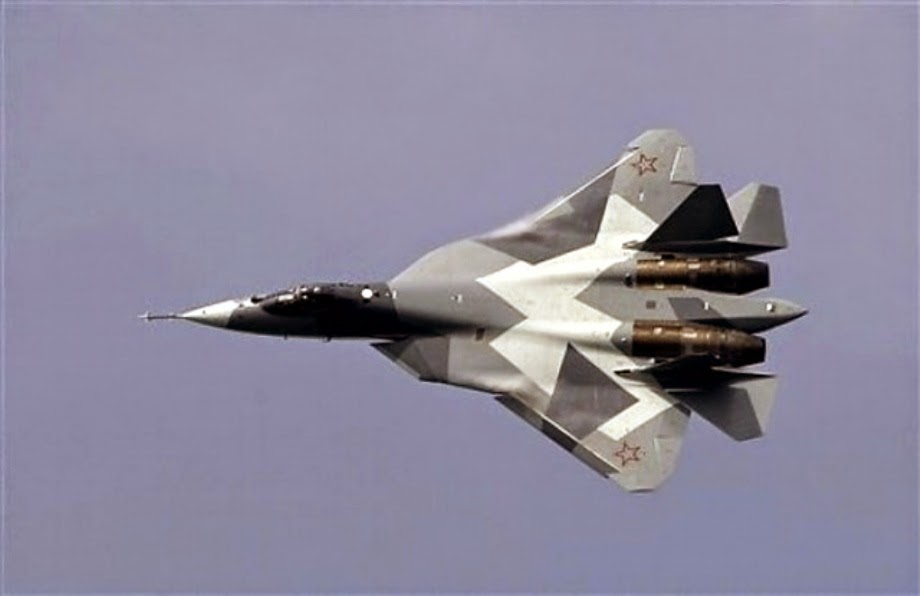 Today the Cold War that never really ended, not really, is returning to business as usual.  Putin has commissioned the deployment of new, long-range ballistic missiles; a new strategic bomber; new warheads and new submarines.  As Vice reports the undersea arms race is really heating up. 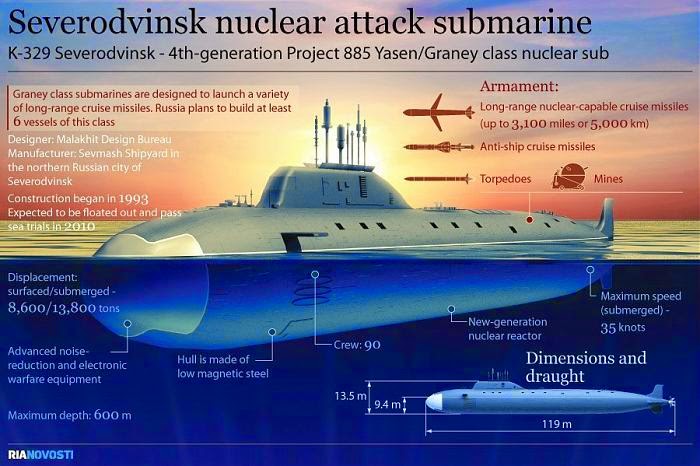 It's a good thing we've got six CF-18 jets defending the airspace over the Baltic nations, again on Russia's doorstep, because Moscow is giving them plenty of warplanes to keep them hopping.  Let's just hope those RCAF Hornets never have to go head to head with Russia's Su-35s.


When the White House discovered in recent weeks that its unclassified computer systems had been breached, intelligence officials examined the digital evidence and focused on a prime suspect: Russia, which they believe is using its highly sophisticated cyber capabilities to test American defenses. But its tracks were well covered, and officials say they may never know for sure.

They have no doubt, however, about what happened this week on the edges of NATO territory in Europe. More than two dozen Russian aircraft, including four Tu-95 strategic bombers, flew through the Baltic and Black Seas, along the coast of Norway and all the way to Portugal, staying over international waters but prompting NATO forces to send up intercepting aircraft. 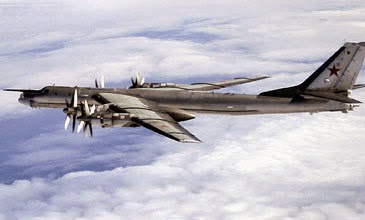 Taken together, they represent the old and the updated techniques of Cold War signal-sending. In the Soviet era, both sides probed each other’s defenses, hoping to learn something from the reaction those tests of will created. In 2014, cyber is the new weapon, one that can be used with less restraint, and because its creators believe they cannot be traced and can create a bit of havoc without prompting a response.

From Bush to Clinton to Bush and, now, Obama, we've kept the embers of Cold War burning and now, quite predictably, we're back in business.  All that danger, all that money, all those lives - and it was all for nothing.  I know, maybe we can tell ourselves all this is "noble."

It's about greed; there just doesn't seem to be enough money in peace. Smedley D. Butler was right, War Is a Racket.

A racket, indeed, Toby. Today it has morphed into something even General Butler might not recognize.

A helpful read is Andrew J. Bacevich, "The New American Militarism" in which the former US Army commander turned professor explores how the military-industrial complex of which Eisenhower warned Americans has blossomed into today's military-industrial-Christian fundamentalist-neo-conservative-commercial warfighting complex. It's a chilling read.

Thanks for the suggestion, Mound. There are several videos in Youtube with Andrew J. Bacevich explaining his subject.

Well thank you, Toby. I had no idea about the YouTube clips.

Mound, it sounds like you have a lot of knowledge on this subject. It was only several years ago when I took the rose coloured glasses off and started reading and researching the U.S's ever expanding military, particularly after the Russia's decline in what I consider the first cold war. The U.S. setting up of military bases world wide along with the creation of coups to unseat democraticly elected governments in various countries and the placing of their own chosen dictatorial regimes all lead me to one question, Why. For me it was much easier to see Russia when it was one of the dominant powers as being the one who strived for world domination not the U.S. Needless to say I was wrong. Since studying U.S. foreign policy in particular, I have come to realize that the U.S's military expansion after the cold war, where there was no known enemy can only have one goal, i.e. world domination. Included in this is the real possibility of a 3rd (Nuclear) world war. I know longer think that rational minds will prevail, but rather that, this is the actual agenda of the U.S. Replacing myth with knowledge is crucial to learning the truth. With this subject though the truth did not set me free. The learning is ongoing, but the knowlege gained is sometimes very depressing. After all, what does anyone feel once they've learned that our world can be destroyed at anytime. I do not see any political leader on the horizon, in the west who could prevent this.

Pamela, I recall the moment when I first stumbled across the website of the Project For the New American Century, PNAC. They had a manifesto that did, in fact, call for the US to use its unilateral, unipower military strength to fix America at the head of the pack globally throughout the 21st century.

PNAC surfaced during the Clinton years. It was made up of extreme rightwingers and Likkudniks. Cheney, Rumsfeld, Wolfowitz, Richard Perle, Kristol and other notorious, bellicose types.

Cheney talked himself in to Bush Jr.'s VEEP spot and pretty much imported the rest of the gang into the Bush administration.

PNAC recognized it would take something seismic, like another Pearl Harbor, to get its manifesto adopted by the US government. Along came 9/11 and the rest is history. The PNAC manifesto became embodied in the Bush Doctrine that threatens America's enemies and friends alike.

PNAC was obsessed with taking down Saddam Hussein and using a conquered Iraq to geo-engineer pro-US democracy throughout the Middle East. 9/11 gave them the opportunity they craved. The rest - is history.