Irreversible Harm - As in No Going Back, Forget About It. 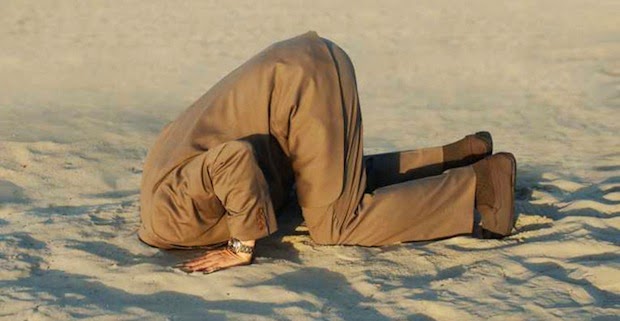 Okay, brace yourself.  A soon to be released UN report warns that climate change may have "serious, pervasive and irreversible" effects on societies and nature unless governments act quickly to slash greenhouse gas emissions.

Sound familiar?  It should.  Another week, another dire warning.  More apocalyptic forecasts.  A quick yawn and then - flush - straight down the memory hole.

"The report will be a guide for us," Peruvian Environment Minister Manuel Pulgar-Vidal, who will host a U.N. meeting of environment ministers in Lima in late 2014 to lay the groundwork for the Paris summit, told Reuters.
He said the synthesis report by the Intergovernmental Panel on Climate Change (IPCC), drawing on three mammoth scientific reports published since September 2013, would show the need for urgent and ambitious action in coming years.


Many governments want the 32-page draft to be more clearly and punchily written in warnings of more powerful storms, heat waves, floods and rising seas. The United States said some tables "may be impenetrable to the policymaker or public".

If all this sounds vaguely familiar, it should.  This warning of irreversible climate change is merely the latest.  There have been several earlier and very similar warnings including this one, three years ago, from the International Energy Agency giving mankind five years to scrap our fossil fuel infrastructure or else our last chance of avoiding catastrophic climate change would be "lost forever."  It was a very blunt and time specific warning.  We didn't heed the message in 2011 and the current warning has an equal chance of getting through.
From my perspective, I think we should define the end of the Holocene and the arrival of the Anthropocene, the onset of anthropogenic or man-made climate, as beginning in the 1970s with the triumph of neoliberalism.

Everything seems anchored in the early 70s as mankind's population neared the 4-billion mark.  It was at that point that we entered "overshoot" - ecological deficit - where we began consuming natural resources faster than the Earth can replenish them.  Today we're exceeding the Earth's resource carrying capacity by a factor of 1.5 which means we're becoming increasingly dependent on far more resources than our planet can provide.  The operative word is "dependent."  It's kind of like emptying your bank account and becoming "dependent" on your credit card to buy a third of your essential needs.  How long do you think that can go on?

It was in the early 70s when our population really began to explode.  It took until around 1814 for our population to reach one billion.  Then, from around 3.5-billion in the early 70s, we doubled that to well over 7-billion in the past forty years.  Not only have we added another 3.5-billion mouths to feed but we've also increased our per capita resource consumption and we're still at it.  We could reach 9-billion by 2050 and upwards of 11-billion by 2100 except that the Earth's ecological carrying capacity remains at about 3.5-billion.

As we learned recently from research conducted by the WWF, the Global Footprint Network, and the Zoological Society of London, over the past forty years, since the mid-70s, we have lost half the wild life on Earth.  Between our voracious consumption and the resulting waste we're leaving in the water, the soil and the atmosphere, nature simply can't hang on.  We've got nature on the run.  Plants and animals are trying to migrate away from the equator toward the poles.  Some are successful, some aren't.  Our success in overpopulation, over-consumption and degrading our one and only biosphere is driving the collapse of biodiversity.  Another good reason to fix the advent of the Anthropocene in the early 70s.  One half down, one half to go.

Yes, we must heed these warnings.  We do need to decarbonize our societies and our economies and very soon.  We have already squandered invaluable time and opportunity to do this on our own terms.  Now we have to work with what we've left ourselves and that isn't much.

Yet, even if we seal off every coal mine and close down all of our high-carbon fossil fuels, such as bitumen, we still need to confront our population and consumption threats and the dependencies that they impose on us.  All three - climate change, overpopulation and over-consumption - are directly and powerfully linked and our prospects of addressing even one of them are gravely diminished if we neglect the others in our solutions.  It's really that clear cut.

Perhaps our wobbly focus on climate change to the exclusion of its companion crises happens because we imagine we can simply switch from fossil energy to low-carbon alternative or clean energies without having to reform ourselves, our institutions and our economic, political and social models.  We may imagine such a solution but it simply won't work.  More's the pity.

Yes, Toby, I expect you're right. Gwynne Dyer believes that it won't be climate change that kills us off. Climate change will drive us to do it ourselves.

Britain's Ministry of Defence and the Pentagon have studied the problem and arrived at the same conclusions. Climate change exacerbates unrest. It jump starts conflicts that, otherwise, might have been avoided. The Syrian civil war is widely considered a climate war. So too is the conflict in South Sudan. Water wars arising out of conflicting demands on the Himalayan headwaters could begin and that would potentially engage Pakistan, India and China - three nuclear powers.