A Field Day for Robert Mueller 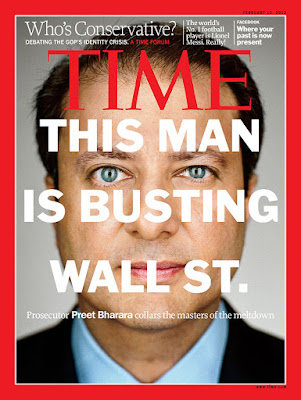 Special counsel Robert Mueller and his staff must be shaking their heads as the latest Trump/Russia fiasco unfolds.

Donald J. Trump Jr., "Fredo," has now given four, perhaps five different accounts of his meeting in Trump Tower with Russian lawyer, Natalia Veselnitskaya. Each revision erodes his credibility to the point where there's now none left. Like his father, the probative value of anything Fredo says is just about nil. I suppose that was to be expected.

It's now emerging why Veselnitskaya wanted to meet with representatives of the Trump campaign. She had a powerful Russian client she wanted taken off the hook. Her client was defending a law suit brought by US Attorney Preet Bharara. The government argued that her client had laundered about 230-million in pilfered Russian rubles through Manhattan real estate deals. It's believed she was also lobbying for a repeal of America's Magnitsky Act. The quid pro quo, according to the email trail, was damaging Hillary Clinton emails. It is suggested they were to be released through WikiLeaks.

Shortly after being sworn into office, Trump abruptly fired US Attorney Bharara, Veselnitskaya's nemesis. Then, two days before trial, Trump's attorney general, Jeff Sessions, settled the law suit for a piddling six million dollars with no publicity, no explanations. Veselnitskaya went home laughing at how the Americans had practically apologized to her.

Meanwhile Trump keeps talking about lifting sanctions against Russia and prominent Russians which likely means repeal of the Magnitsky Act. Fortunately there's too much heat on Trump & Company at the moment for him to get away with it.

As for former US Attorney Bharara and his curious firing, there are additional concerns:

In a subpoena from September, prosecutors from the Southern District of New York summoned another figure in the alleged scheme, Andrei Pavlov, to testify before a grand jury in New York. According to the subpoena, which was attached to a court filing, prosecutors wanted Pavlov to bring documents and copies of his correspondence with six people - including Veselnitskaya.

The United States attorney supervising that investigation, Preet Bharara, was fired by Trump in January after what the lawyer said were a series of “uncomfortable” calls in which Trump seemed to be trying to compromise his independence.

Trump trying to compromise his independence? That sounds a lot like fired FBI director Jim Comey's account about getting the squeeze from Trump.


Trump will eventually fail because he is a crook indebted to Russian crooks.
Both USA political parties must be worried just who he will take down with him.
Trump may be with us longer that we would like as there will be a money trail to cover.

Putin's really got Don's head in a vice. Either return the two seized compounds without conditions and repeal the Magnitski Act and confirm you're Putin's lackey, or who's next? Don Jr's already been fitted up for a stretch in Fort Dix, so how about Eric? Or Jared? Or Ivanka? Or how about solid evidence of you laundering money for the Russian mob? Talk about a compromised president!

Deep Throat's advice is as valid today as it was over forty years ago: Follow the money.


My guess is that Mueller and his people will uncover a history of no questions asked money laundering. Long ago there were rumours of Trump selling luxury condos for way over market value, two or three times the going price. Trump seemed drawn to associate with some sketchy Russian types, Felix Sater among them. It's also said he had dealings with associates of Semion Mogilovich, Russia's mobster of mobsters.

Mueller's mandate seems to enable him to subpoena Trump's tax records perhaps directly from the IRS. We shall see.

Does this mean Trump will be impeached? No. Congressional Republicans would have to be put under enormous pressure, perhaps electoral jeopardy, before they would move on Trump.


Re , Mound
Does this mean Trump will be impeached?

Republican or Democrat the house of cards would fall with Trumps impeachment.
Trumps world opens the fallacy of neo liberal economics.
Republican and Democrat alike will conspire to end his presidency in the shadows.

Just over 20 years ago we holidayed in the Canary Islands, Las Palmas, in a large condo development at Anfi Beach. While there, the owner of the development (a Norwegian) brought a jumbo full of Russians from Moscow. At that time, time shares of up to 3 weeks were selling for 6,000 British pounds per week.

When I queried one of the sales people re was the owner taking a chance paying that cost? She replied "oh no, if they were on the plane, they were coming to buy". They had the best sales record in one week in their history. These were acknowledged to be Russian Mafia bring tons of money out of Russia that had been sent by democratic countries to help feed the poor and promote democracy for Russia.

It seems that the Russians have been busy laundering money OUT of Russia for a good long time. In fact, took a trip to Russia last year and on one of the lectures we attended, were told there were more billionaires per capita in Moscow than any other major city in the world. I tend to believe that once t-Rump had exhausted/scammed potential lenders in the western world, his only source became Russia and he's probably been doing that for some time.

Lulymay, if you see the article linked toward the bottom of the next post, "the biggest lie of them all," you'll be taken to a fascinating article from The New Republic detailing Trump's 30-year history with Russian mobsters. These are, of course, newspaper and magazine articles. You can imagine what Robert Mueller's team with their statutory investigative powers are doing with this same information. Must be an interesting time to be a Congressional Democrat especially with campaign season for the 2018 mid-term elections nearing.